Humble Humongous Entertainment Bundle releases on Linux, Mac and Windows. And this is also a humongous bundle indeed. With a lot of native support in the mix. That is if you know some young kids. Or have some of your own.

Of course there is Pajama Sam and Freddi Fish. Also Spy Fox and Putt-Putt. Plus a ton of other great characters in this bundle. Which is also an entertaining and educational bundle. All thanks to the work of Humongous Entertainment.
Plus you share the adventures with kids. Or maybe you have some nieces or nephews. Or take a reto trip back to your own childhood.

So even if you pay $1 USD. The base tier comes with 11 games. Also 10 of those games have Linux support. Which is impressive. Since the total cost for the games in this bundle is $224 USD. Where is the “beat the average” adds 9 more games. And 8 of those titles are available with native support. 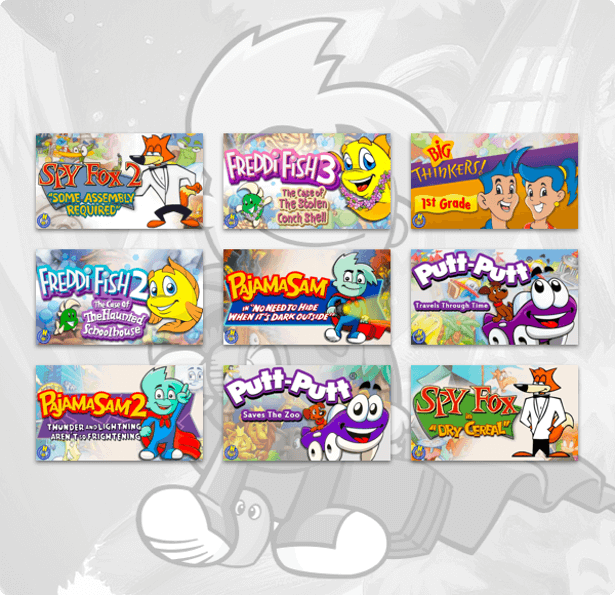 At Humble Bundle, you choose the price. If you and increase your contribution. You can upgrade your bundle. And also receive a total of 35 games at the $14 USD tier. Which makes this a really good bundle if you have kids.

Redeem on Steam. Since all of the games in this bundle are available on Steam. With full support for Windows. Also Mac and Linux too. And really out of the 35 games, there are 33 titles on Linux. Kind of funny to see this much support in a Humble Bundle.

As usual, you support charity. Choosing where the money goes. So either between the publisher and Boy Scouts of America. Or the Long Beach Area Council and St. Jude Children Research Hospital. Maybe even a charity of your choice via the PayPal Giving Fund. If you like what the Humble Team does. Then you can also leave a Humble Tip too.

Humble Humongous Entertainment Bundle is available for Linux, Mac and Windows. Which is running for two weeks.