The Humble Bundle team are back in gaming news. This time with the Humble Indie Bundle 18 with a games that all have Linux plus Mac and Windows PC support. So quite literally every game in this bundle has a native Linux #build. This bundle of indie games are #DRMfree and on #Steam. Therefore for $1 you get Ziggurat, Windward and SteamWorld Heist. And the only game I have not played is Windward, but it’s support to be an excellent game. 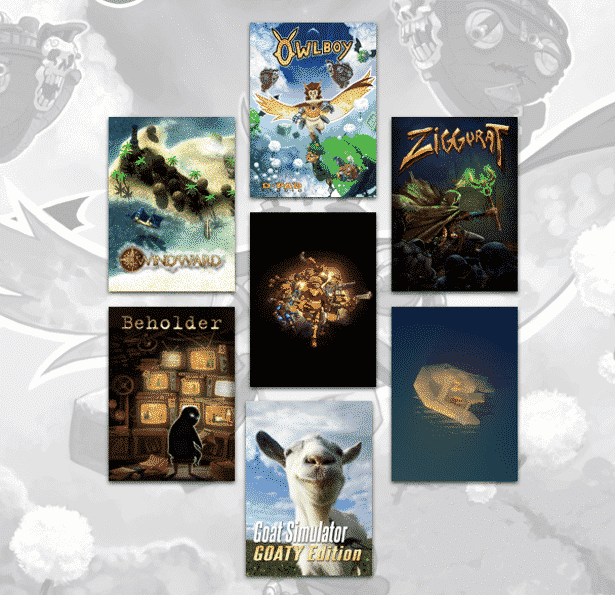 So the best part of the bundle seems to be the “pay more than the average”. This comes with Kentucky Route Zero – Season Pass Edition, Beholder and Goat Simulator: GOATY Includes all DLC. Since I have already played Goat Simulator, it’s great for a few laughs, no joke. While I can honestly recommend Beholder, which is a great game. If you like games like This War of Mine, than Beholder plays into a similar vibe.

Also, Owlboy is a great adventure game to see in the mix. Since players get to fly and explore a brand new world in the clouds. While also working to overcome obstacles and enemies. Hence one of the most detailed adventures we have come across.
The main character Otus is mute. So he struggles living up to the expectations of owl-hood. And things only spiral from bad to worse with the sudden appearance of sky pirates.
What follows is a journey through monster infested ruins. With unexpected encounters, well kept secrets and great burdens. It’s epic to say the least.

Therefore go on and pay what you want. Since this bundle of games would normally cost as much as $127. But the Humble Bundle team lets you choose the price. And honestly, this is the first epic bundle with full cross-platform support in a while.