Humble Indie Bundle 20 releases in Linux, Mac and Windows games. This time, the bundle is 100% Linux. With a heap of DRM-free games and also Steam keys. While including some classic and recent-ish games. Available now on Humble.

So now it’s the big 2-0. Humble Indie Bundle 20 is full of Steam keys. Also DRM-free builds for Tangledeep, Overgrowth. Including Among the Sleep – Enhanced Edition. Plus Dream Daddy: A Dad Dating Simulator. And Getting Over It with Bennett Foddy.

Since this not a bad mix of games. The benefit, your purchase will support a charity of your choice.

The only game in this bundle that is recent. Or at least close to it, Tangledeep, Feb 1st, 2018. So it would be a pleasure to see the Humble Team release new games. But that being said, if there is anything you do not own. Humble Indie Bundle 20 can be a great bundle.
For me, that is Getting Over It with Bennett Foddy. And also the Dream Daddy: A Dad Dating Simulator. Wait, The First Tree too. 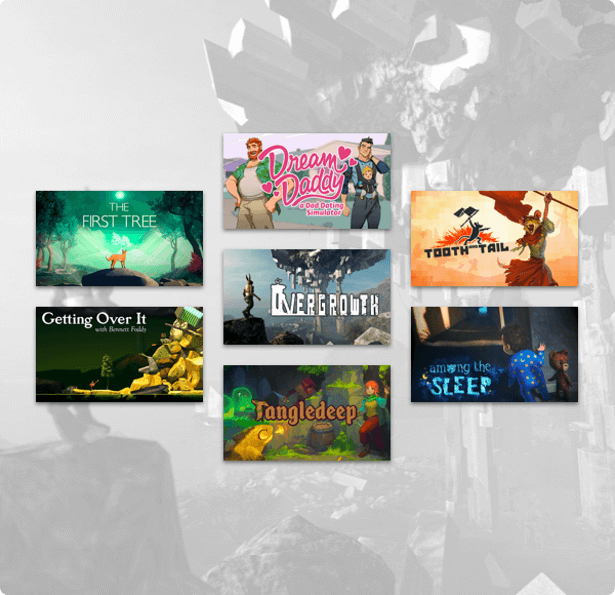 So as usual, pay what you want. Since the total cost for the games in this bundle roughly $114 USD. But at Humble Bundle, you choose the price. Increasing your tier pledge to upgrade your bundle. Personally, the “beat the average” bundle is still dirt cheap. And since this is a 100% Linux bundle. It’s also kind of a win win here.

Redeem Humble Indie Bundle 20 DRM-Free and on Steam. All of the games in this bundle are available DRM-Free. Plus all are available on Steam. Including support for Linux, Mac and Windows.

Once again you can support charity. Choosing where the money goes. So either between the publishers and a charity of your choice. Using the PayPal Giving Fund. And if you like the Humble Bundle team. You can also drop them a tip as well. This bundle is a 100% Linux bundle after all. Available now via Humble.