Humble Jumbo Bundle 11 brings a host of games for Linux, Mac and Window. Well to be honest there are a couple native titles in this weeks Humble Bundle.

Since there some awesome games in this bundle. The Jumbo Bundle makes its triumphant 2018 return. So for Linux you can get games like Orwell: Keeping an Eye on You, Kingdom: New Lands, Tropico 5, Tropico 5 – Waterborne and Tropico 5 – Espionage. While games like N++ deserves an honourable mention. Even if it means playing the game via Wine or PlayOnLinux.

So pay what you want, the bundle normally costs as much as $133. Yet, Humble Bundle, of course lets you choose the price. 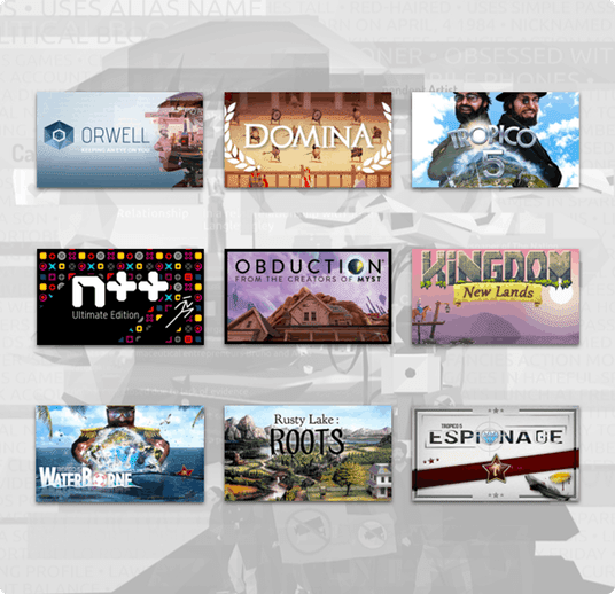 So beating the average for DRM-free and Steam games is viable. Most of the games in this bundle are available on Steam for Linux. There rest are Windows and of course Mac too. Orwell: Keeping an Eye on You is also available DRM-free. Pay $1 or more to access Steam keys. While beating the average will get you more great title.

We did reach out to Obduction developers Cyan Inc. Since the game is available at the $15, but only for Mac and Windows. So a native release will not be happening any time soon.

“We do not currently have plans to port Obduction to Linux. The stretch goal for Linux was never attained during the Kickstarter, therefore there was no funding available for this platform.”

As per usual, you can support charity. Choose where the money goes between the developers and a charity of your choice. Or you can leave us a Humble Tip.

Since the titles available in the Humble Jumbo Bundle 11 support Linux, Mac and Windows. This will be a great choice if you do not know many of the above releases.