The Humble Jumbo Bundle 12 drops some Linux games, also Mac and Windows. Bringing with it a few hours of good entertainment. There are some great games in this bundle. But the Humble Team seem to be disappoint more and more for Linux users.


So this new bundle boasts dozens of hours of entertainment. Since they are teaming up with a half-dozen publishers for our newest bundle. Now you can get games like DiRT 4, Oriental Empires and Project Highrise. But you will need Steam Play and Proton to run these games. So experiences may vary. But as usual, your purchase will support a charity of your choice.

Again we are back to more pay what you want. The total cost for this bundle of games come in around $121 USD. You choose the price and pick up titles that you might not have. Sadly I bought DiRT 4 not to long ago, had I waited $10.

So the base tier for $1 gets you TWO Linux games, Pinstripe and Rise and Shine. Both are decent releases, but I will admit, Pinstripe does pull ahead in my opinion. While Super House of Dead Ninjas is does work via Steam Play. Making this a great start.. 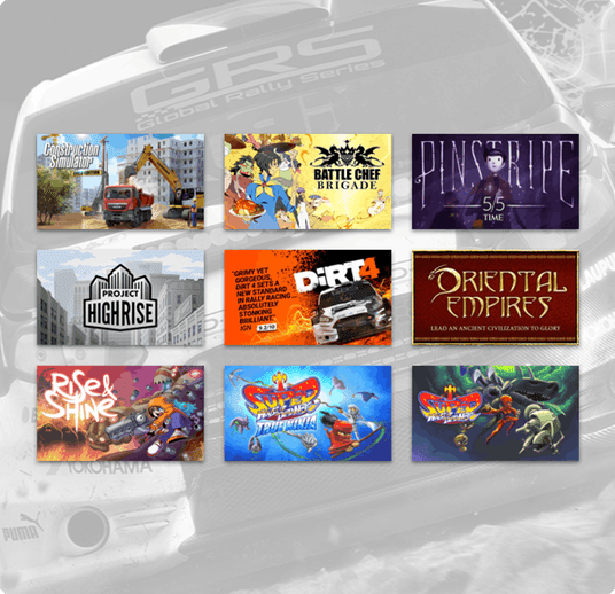 So for Linux games, the best Tier seems to be “beat the average”. Currently sitting below $5 USD. Which comes with Battle Chef Brigade and a DRM-free build for Linux. The game already has native support via Steam, but it’s a pleasure to have a standalone build. Also this tier comes with Project Highrise(Windows) and also Construction Simulator 2015 (Linux, Mac, Windows). Sort of a droplet of native support, four games.

All of these title are available to redeem on Steam. At $10 tier, if you don’t own DiRT 4 or Oriental Empires. I know DiRT 4 works via Steam Play, while Oriental Empires seems to have issues.

Overall there some very worthwhile titles in Humble Jumbo Bundle 12. Not too bad for native support. But if you can handle playing via Steam Play, then you’ll be pleased with what Humble Team drops this time.