It may be an elephant’s name, but this Jumbo is all Humble Jumbo Bundle 9. So pack your Steam trunk with a bundle of games for Linux, Mac and Windows. These include American Truck Simulator, Human Fall Flat, Verdun, and more. Yet as usual, you choose the price.

Since this bundle includes mostly Windows and Mac support. Linux is somewhat on the back burner, but the there is some native support. While all those interested can jump into gameplay via Steam. Seeing Samorost 3 is the only title to have a DRM-free build, but only for Windows and Mac. 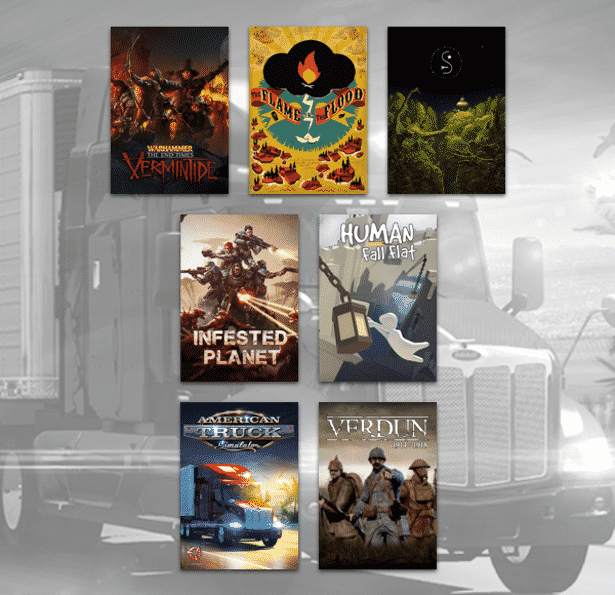 So as per usual, you pay what you want. Yet what would total cost $148, players can beat the average. Or pay that $10 tier price and get all of the games and get American Truck Simulator.
Since this bundle has a minimum payment of $1. It’s a solid start to a great bunch of games.

All of the games can be redeemed on Steam. And yet everything in the bundle is available on Steam for Windows. Including some for Mac and Linux too. So it’s a solid deal, provided you’re keen to run a couple game in Wine.

With Humble Jumbo Bundle 9 you can Support charity. Choosing where the money goes. While either between the developers or charity of your choice. All via the PayPal Giving Fund. If you like the bundle, you can leave us a Humble Tip too.