So the Humble Team launches yet another bundle with some Linux support. Since We typically see Windows and some Mac in the mix. Yet this time the Humble microJUMBO Bundle brings some further Linux to the mix. Starting with Free games, pay what you want for more fun. Humble have bundled some of the best low-price indie games out there.  So you can start playing Pony Island or Space Pilgrim Episode 1 right now.

Therefore, pay what you want. Since the bundle normally costs as much as $45 for these games. While Humble Bundle of course, lets you choose the price. And current average the time of writing is staying low. 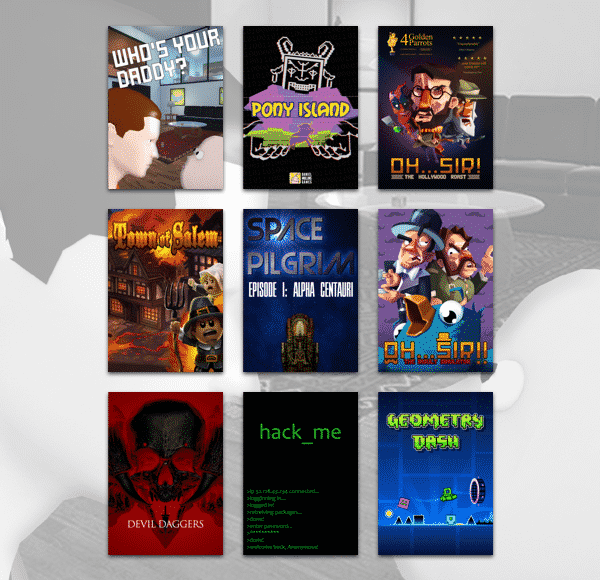 While you could beat the average and also get into Who’s Your Daddy and Devil Daggers. Since both games are available fully cross-platform. And the rest, well you can play via Wine. I know most of the titles have Very Positive reviews, Town of Salem is very good. The remainder I have not played yet.

Humble microJUMBO Bundle supports charity. As usual, you choose where the money goes. Either between the developers and, if you’d like, a charity of your choice via the PayPal Giving Fund. If you like the bundle you can leave a Humble Tip too.

The Humble microJUMBO Bundle launches with some good Linux games. There are some very solid titles in the mix here. You choose. Personally I think beating the average is worth it. But it’s up to you.