Humble Paradox Interactive Bundle is here with Linux, Mac and Windows games. Which are all redeemable on Steam. So do not expect DRM-free builds.

And since there is nothing paradoxical about this bundle. Get games like Stellaris, Pillars of Eternity, Crusader Kings II + The Old Gods DLC, for Linux. As well as Mac and Windows. Plus there is more coming from Paradox Interactive. While supporting charity of course.

Since these are pretty much all of the Linux games mentioned above. Magicka 2 is also in the bundle. So have your wits about you when you play. The native build is solid but the challenge to keep up with keyboard mashing is afoot. 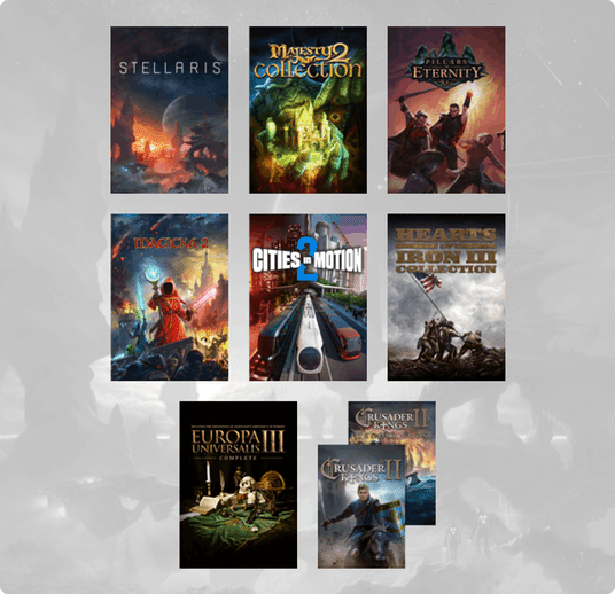 So as per usual, pay what you want. This bundle of mayhem has a total cost of as much as $239. While the Humble Team give you em>Humble Paradox Interactive Bundle with your choice of price. Yet personally, if you do not own Stellaris, that $12 USD tier is mighty good.

All of the games in this bundle are available on Steam. So quite a few have Linux support, but mostly for Mac and Windows. Hnoestly, it’s time Humble and IGN up their game, so to speak. It would be a pleasure to see the bundles get back to solid native support games.

While the outstanding games likely see support via Wine, PlayOnLinux or Lutris. Europa Universalis III and Hearts of Iron III both have Silver support via Wine. While Majesty 2 Collection has Gold status. So not bad.

Also, choose where the money goes. The creators and a charity of your choice via the PayPal Giving Fund. Or leave a Humble Tip too.

Humble Paradox Interactive Bundle available now for Linux, Mac and Windows. The current average is about $6.50 USD at the time of writing.