Humble Sports Bundle is here and launches with some solid Linux support in the bundle. Mind you, some of these titles you might already own.

So clearly the base Tier does not have any Linux support. With Sega Bass Fishing, Grid 2 and Eastside Hockey Manager. All of which are Windows games, except Grid 2, which does support Mac.

Since it’s time that we have some native games back in a new bundle. Let the fire of competition light your way to games like F1™ 2017 at the $12 Tier. Which is a fantastic game if you do not already own it.
Then we have Super Blood Hockey, Motorsport Manager and of course DiRT Rally. Plus, a 75% discord off Football Manager 2018, which also has Linux support. This is all available at Beat the Average Tier. And the best value. 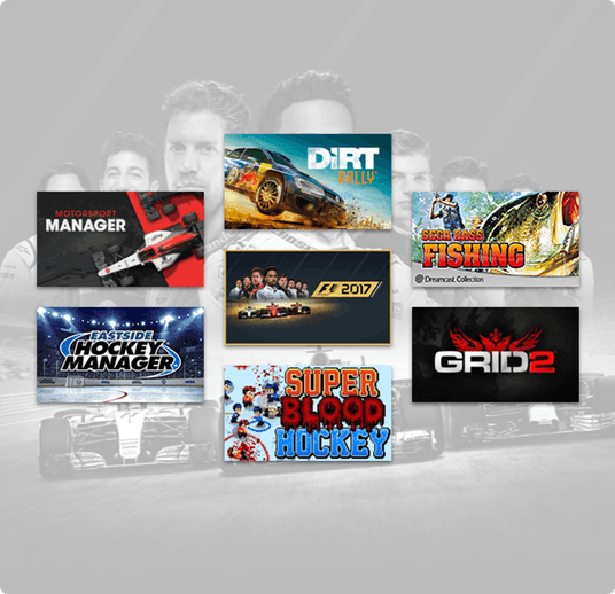 And once again you pay what you want. Since the total cost for all of these games is roughly $220 USD. While Humble Bundle let’s you choose the price. And your purchase will support Access Sport – or the charity of your choice.

So redeem on Steam. All of the games in this bundle are available on Steam for Linux, Mac and Windows. And paying $1 or more to access Steam keys does not have Linux support. It’s best to beat the average. Also, check the full system requirements prior to purchasing.

As per usual, you will back a charity. Choosing where the money goes – between the developers, Access Sport. Or even a charity of your choice via the PayPal Giving Fund. If you like the Humble Team or like what they do, drop a Humble Tip too.

We finally have support:

Humble Sports Bundle releases some decent Linux games. Since we haven’t really had a good bundle in a month or more.