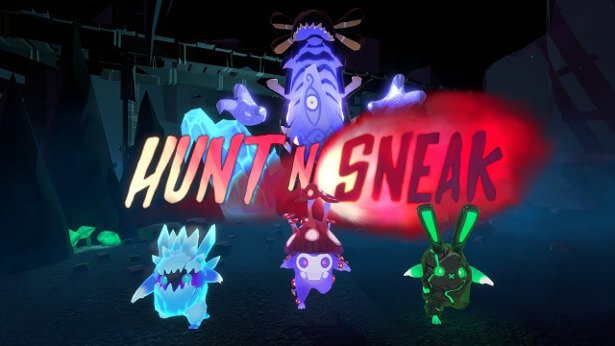 Hunt n Sneak is manic party action coming for Windows, but the games also coming to Linux and Mac. We reached out to developer and publisher Pixel Engineers. Since the stealth game just released on Steam.


Hunt n Sneak takes place in a world of mythical creatures. Also one you can enjoy from your couch. Plays as a co-op experience or online. Plus there are a range of multiplayer modes.
Players take on the roles of either the fearsome Gobbler. While it tries to devour the Pixies. And also take over their world.
Or you can plays as the sly Pixies. Who use pings of light to find their way around. Working to escape the Gobblers. You’ll have to play smart if you want to win. While you pursue, evade or outwit your opposition.

“The game is being developed in Unity.
We plan to port to Linux, yes. This will likely release alongside our Mac port in Q4 2019.”

Hunt n Sneak just released on Steam. The game looks hopefully. Since this is a unique couch mulitiplayer. And Unity 3D is once again in the mix. We’ll have support later in the year. Which also means the games going to be playable via Proton. At least until we get support this fall.

Light is both friend and foe in Hunt n Sneak. Since this is a realm where mystical and magical creatures dwell. Home to the peaceful (albeit mischievous) Pixies. But as Darkness rises, Gobblers develop a taste for Pixies. Coming into the land from far-off. Trying to overrun their kingdom.

In Hunt n Sneak, one player must take control of a Gobbler. The fearsome invader of the Pixie realms. The remaining players control the mischievous Pixies. Who work to survive by hiding in the shadows.

As a Pixie, use bursts of light known as ‘pings’. This will help you get around the environment. Each time a Pixie pings. Their location is temporarily revealed to the Gobbler. For the Gobblers to be victorious. The have to devour each of the Pixies within the allocated time. In order for the Pixies to claim their victory. At least one of them must survive until the end.

Gameplay is also similar to Witch It or White Noise 2. But in a top down setting. Which is somewhat horror like. But doing so as a more playful party game. If that makes sense?

Hunt n Sneak party game is on Steam now. Releasing on Windows, but coming to Linux and Mac Q4 2019. Also priced at a reasonable $19.99 USD.