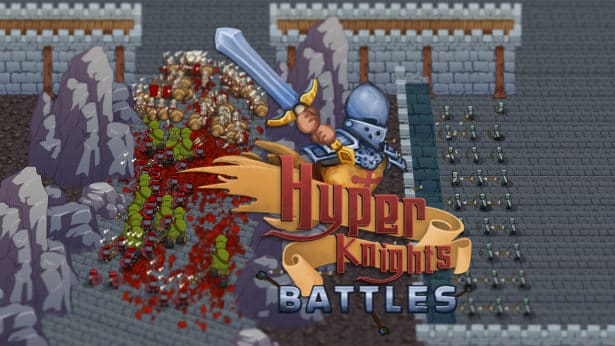 Hyper Knights Battles launches now on Steam for Linux, Mac and Windows. The games the creation of none other than Hugo Cardoso, aka. Endless Loop Studios. So let the mayhem begin.

So create your own units, customize their AI and watch them fight. This can be Spartans vs Persians, Ogres vs Chickens, Marines vs Archers. Yes, there are chickens in the game. Mind you, I don’t see any street meat vendors.

So create your own units by drawing the sprites. Including the Hyper Knights Battles animations and writing their AI.

Also, included in the games features are 11 Default Unit Types:

So you can also share your Units in the Workshop. And check out what others have built. Therefore you can hone your creation into something crazy or sinister. Personally I will opt for sinister. Also the blood shed comes to life with the games creative features. The only downside….it’s singleplayer only.

Hyper Knights Battles is also priced at $3.99 USD on Steam with a 20% discount until December 11, 2017. And of course the games available on Linux, Mac and Windows. Making for a dirt cheap yet epic game. Kudos Hugo Cardoso.