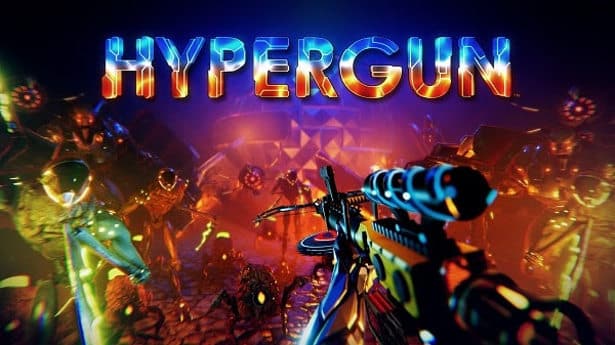 HYPERGUN action rogue-lite arena FPS Shooter for Windows, but there could be a Linux build. There’s a good chance you do not know what HYPERGUN is.


HYPERGUN launched on August 23, 2018, priced at $14.99 USD on Windows PC. Which is an over-the-top roguelite shooter with its feet firmly in some sweet retro-neon goodness. Which could very well see a Linux release.

“NVYVE is focused on a few other things. While it’s never say never, right now it isn’t a top priority.”

So clearly NVYVE have other priorities in the mix. And quite honestly the Steam reviews are 56% Positive. Also due note, HYPERGUN is a Unity 3D title. Therefore the game should technically work with the Steam Beta client.

Playing the Windows install using Proton. The in-game enemies are invisible. And when entering a new room, enemies forces the player to look at the floor. So this renders the game unplayable. But there is a Linux support Steam Discussion to share that Tux Love.

The year is 2038. A highly advanced alien race has occupied planet Earth. So the human race is at its breaking point. The fate of our species now depends on DevTech Labs’ top-secret HYPERGUN program. Which is also highly advanced simulation that with a design to create the ultimate weapon to combat the alien oppressors. While combining weapon components across countless simulations.

Therefore, players step into the shoes of fearless DevTech Labs intern, Dewey Owens. With nerves of steel and wielding the most questionably effective weapon known to humanity, Dewey spends his spare team sneaking into the DevTech Labs… uhh… labs outside of work hours and facing off against the baddest of the bad in the HYPERGUN program.

HYPERGUN roguelite Arena FPS has a solid chance of seeing Linux support. That being said, the games currently available on Steam, priced at $14.99 USD with a 10% discount on Windows PC.