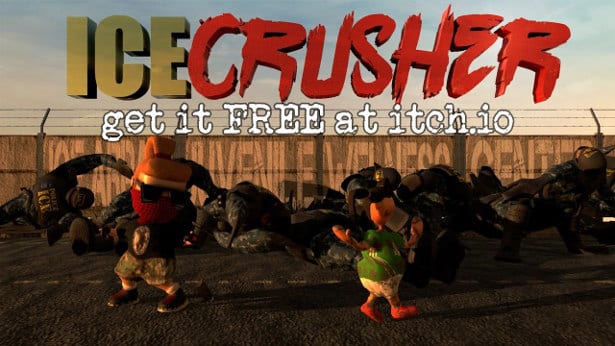 ICE Crusher is a FREE anarcho platformer for Windows and Mac, but will likely see a Linux release too. We reached out to indie studio Left Turn Workshop after watching the trailer. Which takes place in the (barely) fictional Arpaio Juvenile Wellness Center. While players control Saoirse, a pint-sized revolutionary intent on tearing down the concentration camp. And springing the Latinx toddlers from their cages by any means necessary. I know, it sounds weird but it quite good.

“I wanted to make a game that had a whiff of the bowling alley arcade about it.” With its baseball bat-wielding heroine (and her assorted “dirtbag left” skins), stomping electronic score, and grimy environment ICE Crusher aims to deliver on that count. There are puzzles to solve, of course, but they are not necessarily the game’s main focus. “To be honest, it’s more about the simple button-mashing pleasure of pummelling fascist thugs.”

Thomson is adamant that although ICE Crusher wears its politics on its sleeve, he has no interest in proselytizing or raising awareness.
“If you need to be made aware of the fact that state sponsorship for violence against children is repugnant then you’re lost already. You don’t ‘consider both sides’ on concentration camps. You raze them to the ground and you salt the ashes. But I would like to think that the folks doing the brutally back-breaking work on the ground of organizing to abolish ICE- members of groups like Mijente and the National Day Laborers Organizing Network- might find the game a little more therapeutic than angry and/or flappy birds.”

“Dear Todd,
To be honest I hadn’t really considered doing a Linux build. But since I developed in Unity it probably wouldn’t be too difficult to push one out.
I’ll try to get a Linux build up and running next week.”

Alright, so good news. Mind you that means Left Turn Workshop has to test the Linux build. But you can already play the Mac or Windows build via itch.io. I personally tested the game via Wine, but it might be best to wait for the Linux release. Which does run via Wine, but does not render the main character. Minor technicality? And we do not have an ETA on the Linux, yet. 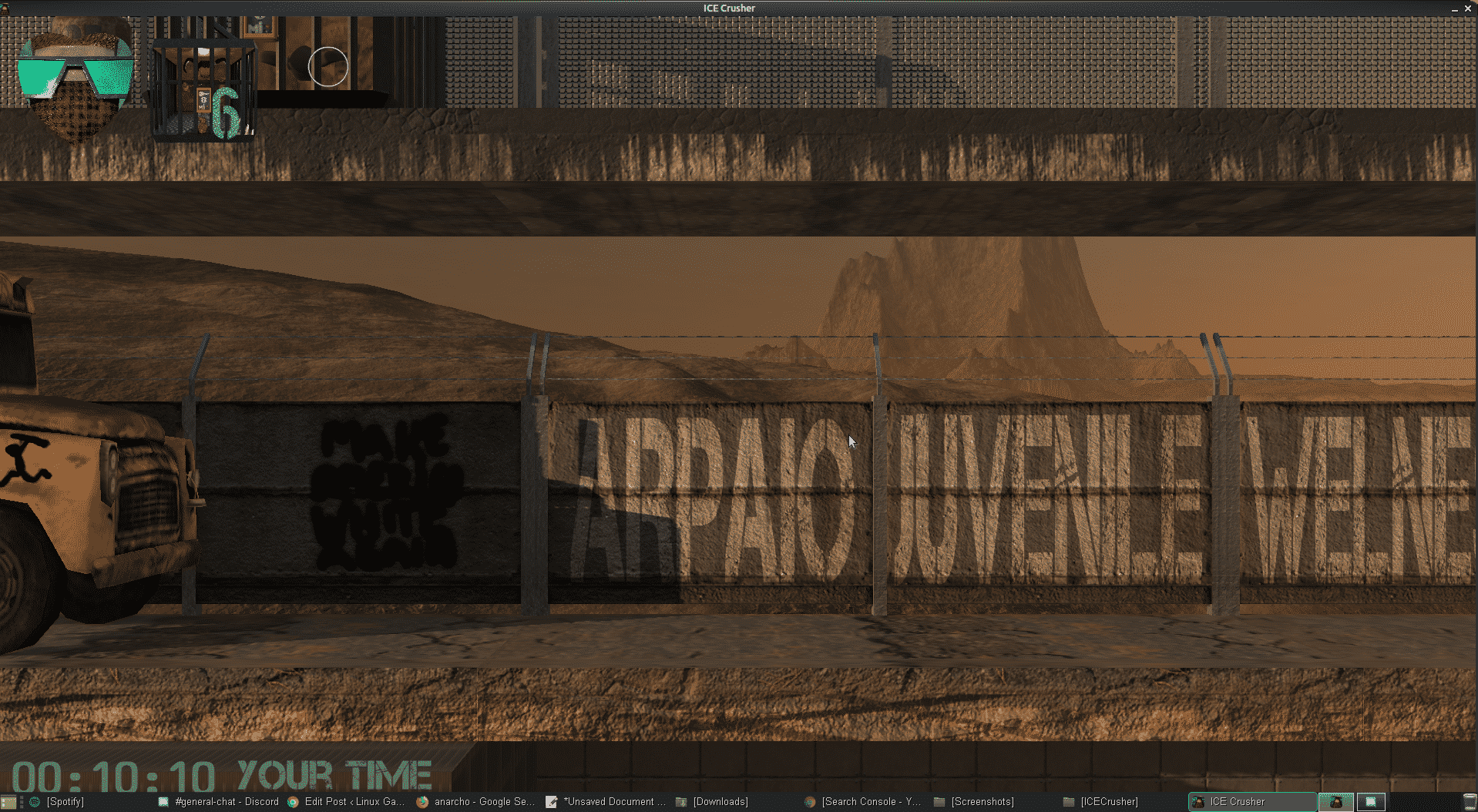 Additional levels and mechanics as well as Spanish-language localization are already in active development. Also Left Turn Workshop expects to roll out a sizeable update early in the new year. After premiering ICE Crusher at the GameRome Developer’s Conference later this month.

Thomson can not commit to a more specific timetable, he says, “because cash is in short supply when your target audience has been systematically stomped on for forty years. Or more in the case of our Latinx comrades.” LTW has pledged to keep ICE Crusher ad-free but will accept donations through both itch.io and its website. And has not ruled out porting the anarcho platformer to mobile devices and consoles for a nominal fee following the free update.