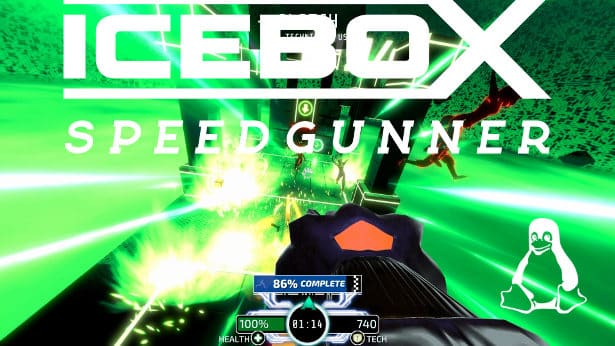 So the Winter Challenge is a brand new level to compete on for a very limited time. At the event conclusion on January 15. When the leaderboard is locked and the winner announced. At which point Games of Edan will send the winner a prize. Since the winner’s prize will comprise of steam keys from a random selection of games.

ICEBOX: Speedgunner sees the player carving an ice-cool path. Experiencing a brand new 3D Platforming FPS. While cutting corners, dodging obstacles & eliminating sentinels. All in a battle to escape the ICEBOX. Before it’s permanently shut down.

The player will also have to race the clock. Hunting the Central AI and leverage run-and-gun gameplay. While navigating a digital labyrinth. Top the global leaderboards and become the Ultimate Speedgunner.
Since the game takes inspired from the “Brain in a Vat” thought-experiment. Explore the concept of escaping your own virtual prison.

So ICEBOX: Speedgunner is available now on Steam with a 33% discount. Therefore expect the USD $6.69 (33% Discount Weeklong Sale to start up again on January 8th. Since the game available for Linux, Mac and Windows. It’s time to be get ready for the upcoming challenge.