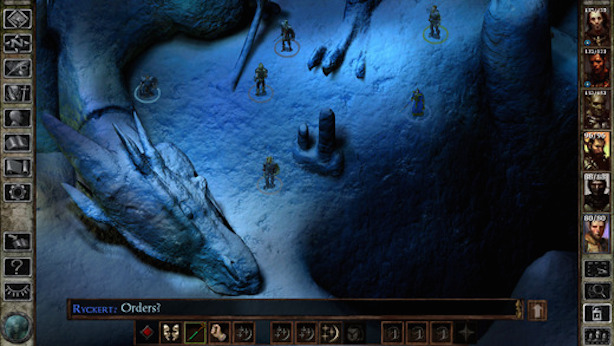 #DungeonsandDragons fans can now expand their #game-based inventory with Icewind Dale Enhanced Edition, a reworked version of 2000’s classic role-playing game from Black Isle Studios. Adventurers can take a trip down Icewind Dale Enhanced Edition‘s ice-slicked memory lane on #Linux, Mac and Windows PC via Steam, iOS using the App Store, or Android through Google Play. The mobile versions are available for $9.99, while the Steam version is going for $19.99. All courtesy of Beamdog.

As its name suggests, Enhanced Edition has a few new features equipped compared to the original release, including dozens of new spells and items, more than 30 new kits and classes, and content that was cut from the original release. Enhanced Edition also supports cross-platform multiplayer and includes the Heart of Winter expansion, as well as its Trials of the Luremaster add-on. Gamers will also be able to appreciate single-player or co-op gameplay.