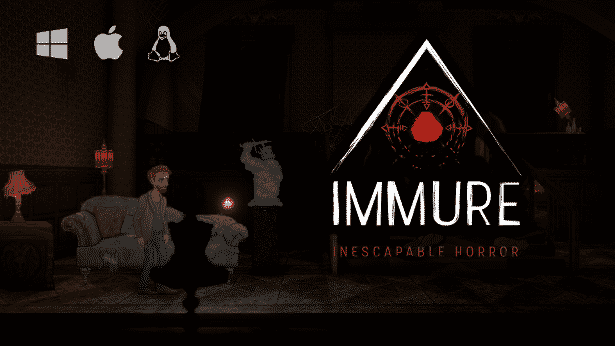 IMMURE is a story driven, psychological horror game for Linux, Mac and Windows. And there is also an available Demo with native support. The crowdfunding campaign is asking for $75,000 USD in the Kickstarter from Wither Studios.


Will, the protagonist, has found himself trapped inside a foreboding Mansion with no exit. So to escape, he must travel through strange doors which lead into other dimensions. Which are also full or tormented souls. Will must choose to save or destroy these wraiths. While working to discover the truth behind the Mansion along with his own fate.

Players will have to explore haunting environments in search of clues to figure out how to escape. Also using the Shining Trapezohedron, a mysterious crystal that has a binding connection to Will. This will shed light on your surroundings and reveal hidden messages, visions of the past and other secrets. Be careful while you explore! Since there will be monsters hunting you down! You must avoid being caught or face certain death.

IMMURE is a 2.5D sidescroller for Linux, Mac and Windows. Where players look for clues and items in order to solve the many mysteries held within the game. Enemies are ever-present and will use light/sound to seek you out. So it is paramount to pay close attention to your surroundings. And also hide when danger is nearby. Since Will is limited ways of defending himself.

So the Demo is available on Steam, Itch.io, and Game Jolt for Linux, Mac and Windows. Definitely worth playing to get a feel for the game.

IMMURE is currently in development as a passion project by Wither Studios. The are a small indie team from Pittsburgh. We are using the demo to gain interest in the project and for our Kickstarter crowdfunding campaign which is live now!