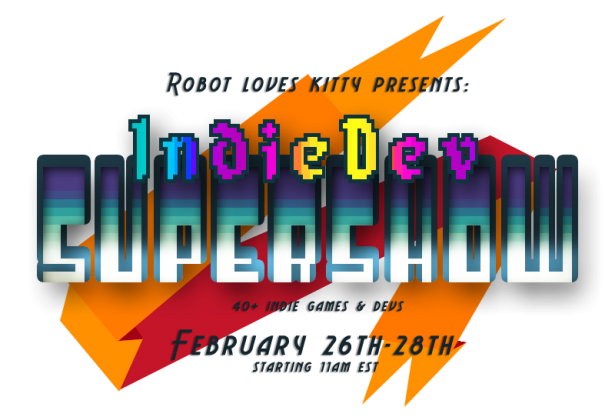 The largest Indie Dev Supershow ever, with more than 40 #indiegames for Linux, Windows and Mac over 3 days!!! Giving gamers the chance to meet the #developers of each game. Kind of like a gaming festival from your own PC. All put together by Robot Loves Kitty, best known for titles such as Legend of Dungeon and Upsilon Circuit.

The whole event comes loaded with guest streamers, giveaways and sneak peeks. A great time check out upcoming releases and request a Linux build directly from the developer.

Robot Loves Kitty had this to say about the upcoming event:

“With the past Supershows we’ve been able to introduce 700,000 gamers. Nearly 100 indie devs from all over the world. Which feels like a fantastic accomplishment for a game dev with no budget! It’s always crazy to organize, but spreading the indie love is definitely worth the effort!!”

For the past 4 years. Indie studio Robot Loves Kitty has been working to bring an indie game festival to life. So make sure to tune in on Twitch and follow Robot Loves Kitty on Twitter. Spread the word with #IndieDevSupershow.