Waking Mars has been on sale for two months, and we just released a big update, so it seems like a great opportunity to reflect on its progress in the App Store.

While we’re at it, we’ll also show you the sales numbers for Spider and Spider HD — something we’ve wanted to do for a while now.
I hope you find it interesting!

We believe strongly in the spirit and value of sharing information. When we were starting Tiger Style, there were many ‘gold rush’ style news articles and blog posts highlighting small garage developers making significant money in the App Store.

These articles (viewed with a healthy dose of skepticism and pragmatism) were useful to us, and helped steer our business toward the App Store, rather than some other distribution or hardware platform. Looking honestly at the available information about the marketplace, and considering our faith in our own ability as game developers, we entered into the iPhone market believing that there was a legitimate chance we could make a living, given the right approach.

By giving back, perhaps we can serve as a data point that other developers can use to make informed decisions in their own business.

The App Store has been a boon to a small independent developer like Tiger Style —we can choose to create any kind of game that we want and the barriers to selling our product globally are minimal. We don’t need to pass through the strong filters of a more closed ecosystem, nor do we need to appeal to some publisher’s idea of a nebulous target demographic.

As a result, we take on a lot of risk. We care a lot about innovating and inventing new forms of gameplay and moving the medium forward in some small way. Broadly speaking, these goals have been of greater importance to us than the goal of “being a mega-profitable business.” That said, we always keep an eye on the market and our own ability to make an impact there. For Tiger Style to continue its existence and stay independent, we literally have to sell copies of our games. Lots of them, in fact.

Our very existence should hopefully demonstrate that it is possible to survive with a company focused on innovation and gameplay, but that doesn’t mean that it’s an easy thing to do. By sharing our sales numbers with the public, perhaps we can encourage others to take similar risks — with a cautious eye on the potential pitfalls.

This week, we coordinated a bunch of efforts in order to make news. An update with iPad retina assets and new jetpacks. We commissioned an updated app icon from our excellent graphic designer friend Cory Schmitz. We updated Spider for the iPad. Maybe we can generate some news and goodwill and interest simply by virtue of openly sharing information with the public.

Your support is truly valuable to us. We’re a tiny company and we’re really committed to staying 100 percent independent and continuing to do meaningful work. Every week there are literally dozens (hundreds?) of new game experiences clamoring for your attention. It’s hard work to stay relevant and visible in such a crowded gaming landscape.

If you haven’t tried Waking Mars, please consider checking it out. If you think this post is worth sharing, please share it. Any way we can reach new people is valuable to us.

Two Months In The App Store $150K in two months would be amazing if the curve was flat and we were guaranteed that income forever! Alas, the curve — as you can see — is not flat. We earned more than half our total revenue to date in the first 7 days. During this week, we were featured by Apple as both the iPhone and iPad Game of the Week in the US. On the iPad, we peaked as the number 9 top selling game in the US store, whereas on the iPhone, we peaked at number 35 — both on our second day of sales.

Let’s look at Spider’s sales over the first two months of its existence, starting back in the stone ages (umm, August 10, 2009): Spider for iPhone earned roughly $244k in its first 2 months of existence and has gone on to earn $577k to present day.

For sake of completion, here are the first two months of Spider HD (the iPad only version of Spider, released in July of 2010): Looking at the Spider-iPhone chart next to the Waking Mars chart highlights some interesting differences. Waking Mars actually peaked at a higher single-day revenue, but the revenue fell off much more sharply than Spider’s. Some theories on why this is the case:

It’s worth remembering that the install base of iOS devices is multiple times larger today than it was in August of 2009. Considering that factor alone, we’re a little disappointed in the sales of Waking Mars. I often think we would have brought in more money and had more users to show for it if we had launched at $2.99 instead of $4.99.

The flip side of launching at $4.99 is that we have a bit more room to maneuver with the product. The critical response demonstrates that most of our players seem to think there is at least $5 of value in this product, and moving an average of 250 units a day at this price point over the past month is nothing to sneeze at. We can now experiment and see if dropping price is a long-term net positive. And, like everything else we’re doing this week, dropping price is a great way to get previously reticent gamers to jump on board.

Waking Mars is also a product that will adapt more naturally to other platforms, and we are taking early steps to bring it to PC/Mac/Linux later this year. Launching at $4.99 also reinforces the idea that the game is serious and significant, and that it’s not just a mobile game.” We hope that this game’s long tail will extend out beyond the App Store.

Success is a matter of perspective. Considering the man-hours spent (at last count, over 12500) and the revenue earned to date, some may look at our numbers and think we are failing. Tiger Style is comprised of two owners (myself and Randy Smith) and we continue to pay royalties to over a dozen part time contributors. For a business that is 3.5 years old, our income gets stretched a bit thin at times. But we continue to hang on!

From a creative standpoint, we feel very successful —we are accomplishing our goals and doing meaningful, rewarding work. We’ve released two critically acclaimed games (launching two original IPs in the process) and have reached hundreds of thousands of gamers.

From a business perspective, we consider it a major victory just to survive and create another day. We run our shop in a very non-traditional manner. We have no office space and we pay no salaries — instead, we are fully distributed and pay royalties to our many amazing and talented contributors. We have never taken a dime of investment capital —being able to pay our bills and run our business on our own terms is tremendously rewarding, even if it can be a wildly inconsistent roller-coaster at times.

As you may have heard, we just dropped our price. $4.99 is still considered a steep price in the App Store, especially on the iPhone. Spider was the number 4 overall app in the US App Store as $2.99, and we’re optimistic that even in a marketplace that is skewing ever more towards $0.99 and free-to-play, we have a chance to sell many more copies and reach thousands of new gamers at a lower price.

Or perhaps it’s true that Waking Mars is simply too niche for sales to scale up dramatically at lower price points. When choosing $4.99 for launch, we convinced ourselves that it would help filter out gamers who were looking only for disposable entertainment, and that it would help communicate that the product is more substantial and serious than much of what’s on the App Store. Differentiating can be valuable.

Our first day on sale was pretty excellent. Now we’ll see if we can sustain any of this newfound momentum. Check back soon to see how we’re doing at $2.99! 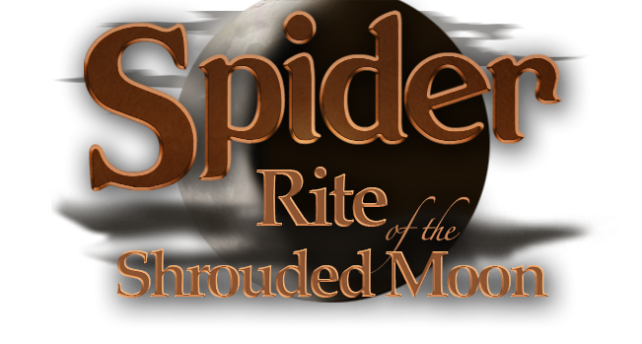