Home » Linux Gaming News » IndieCade Showcase 'So Many Me' coming to Linux, Mac, Ouya, and Windows

IndieCade Showcase 'So Many Me' coming to Linux, Mac, Ouya, and Windows 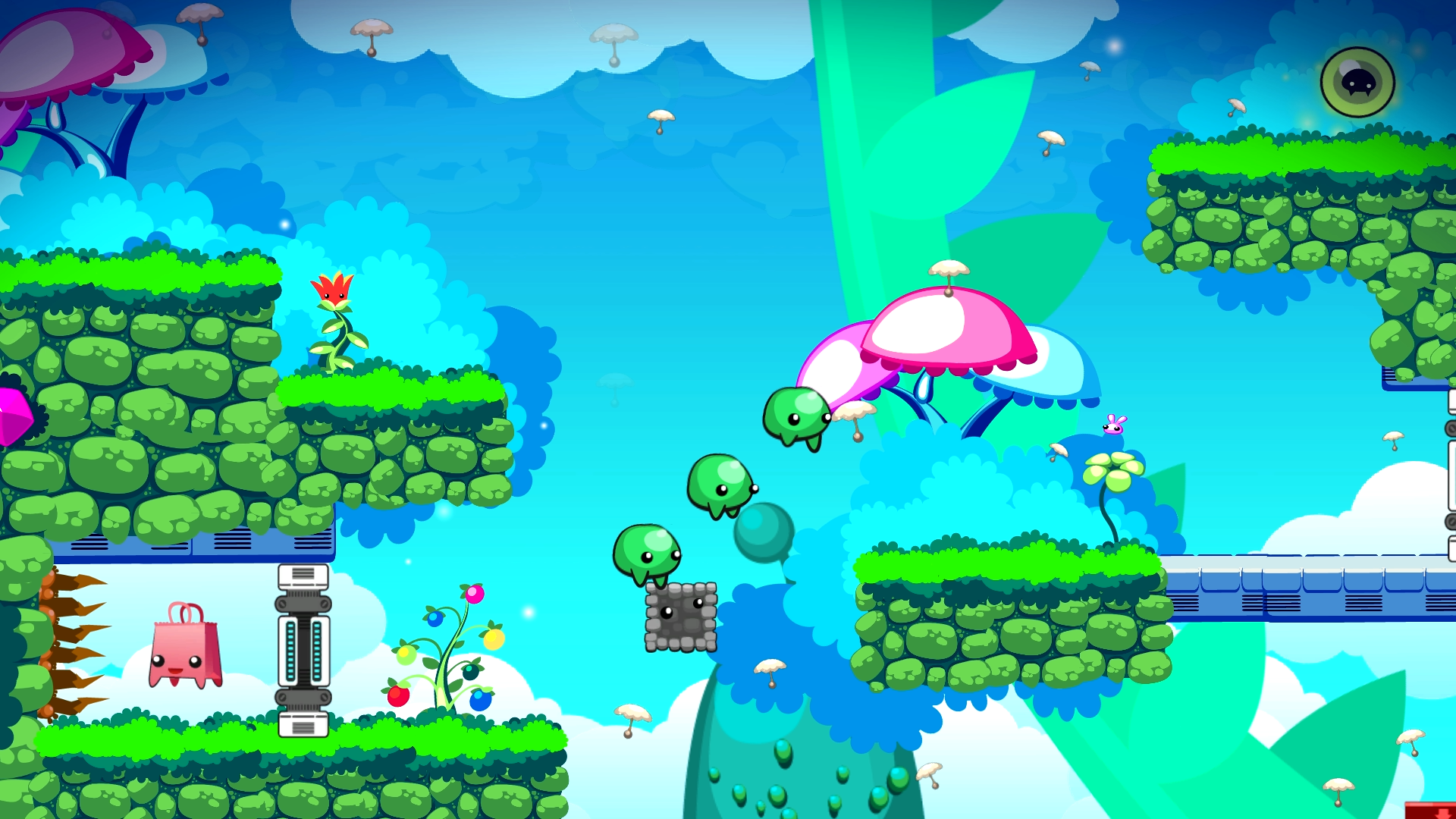 The usual massive booths are vying for everyone’s attention at #E32014, but indie games are scattered everywhere if you look just a bit deeper. A wide variety of them are collected in the IndieCade #Showcase, including Extend Interactive’s So Many Me.

So Many Me developer Extend Interactive had a different idea for a retro-style side-scrolling puzzle platformer: What if you had clones to help you get through puzzles? You play as a greenish blob, Filo, who started off with three clones in the demo we saw. Each one has its own personality, and their charming humor is a big part of the game.

Filo’s clones all move along with him, until you start using them to solve puzzles. The primary move here was for a clone to turn into a block, which allowed the remaining blobs to keep moving forward. Blocks also serve as activators for objects such as pressure plates that control doors. So Many Me ramps up puzzle difficulty with obstacles such as blooms that spit out pollen, which prevents Filo from morphing into blocks, and turrets that fire lasers.

You can end up with as many as 10 clones, and they’ll also be used in ways similar to Platinum Games’ The Wonderful 101: In certain spots, you’ll make a particular motion with the analog sticks and form a new creature with the clones. These collections of clones will help out with certain puzzles — for example, one of them is a bird, and flying comes in handy in that area. According to Extend, some puzzles will require more clones than you may have, so you’ll want to return to those spots after you unlock more blobs. Of course, the more clones you have, the further in advance you will have to think in order to make it through.

So Many Me is set for release on Linux, Mac, Ouya and Windows on July 17.

So Many Me Addictive Puzzle Platformer Launches a Kickstarter Campaign