It would appear #QuanticDream’s Indigo Prophecy is returning in #remastered form next week, if an Amazon listing is any indication (which has now been removed).

According to the listing posted on NeoGAF, the #uncut version of the game contains Steam DRM and will release January 29 at 12pm PST/3pm EST for Linux, Mac and Windows PC.

Titled Fahrenheit: Indigo Prophecy, it will run you $9.99 USD from Aspyr Media. 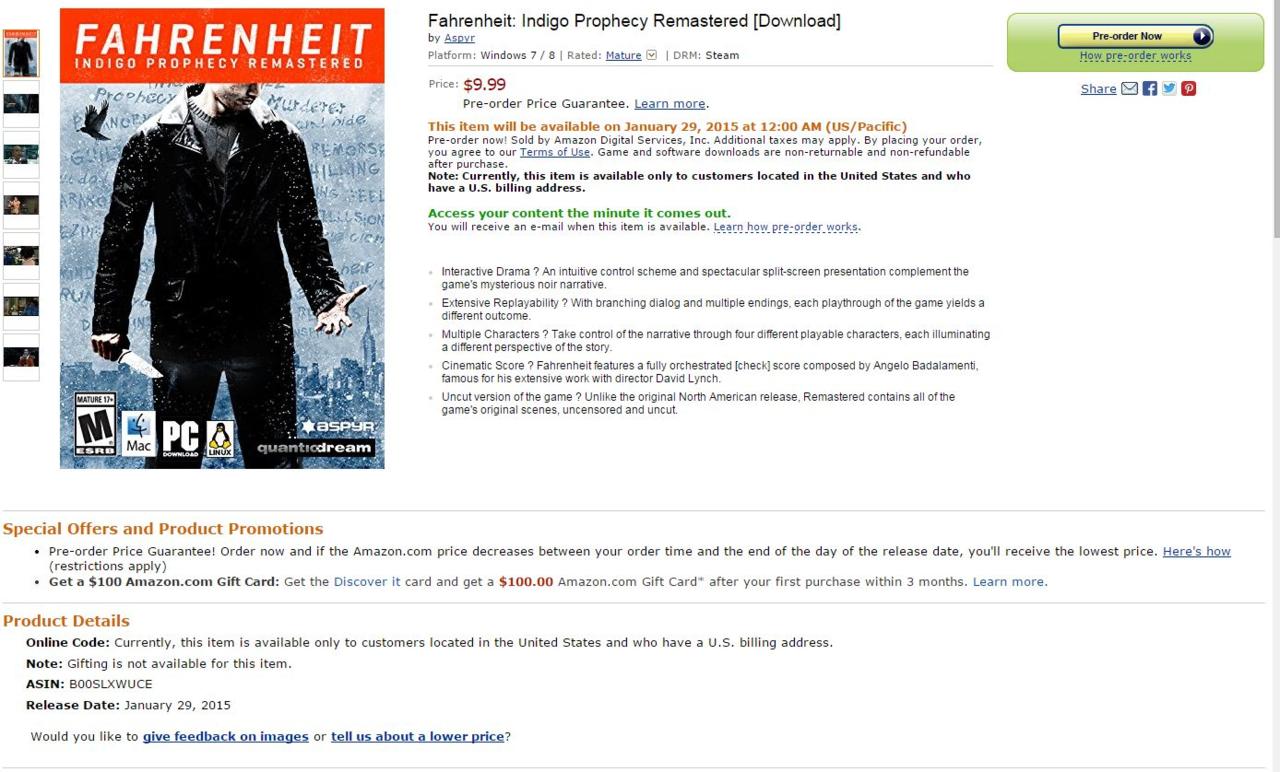 The list of in-game features mentioned as per Gematsu:

With a suggested mobile version in the works, apparently.

Indigo Prophecy was originally handed an AO rating by the ESRB in North America and in order to be released on consoles, content such as depicting sex scenes are now cut to garner an M rating.

Known as Fahrenheit in Europe and Indigo Prophecy in North America, the Quantic Dream title was an interactive-drama with action-adventure elements. It was released on PC, PlayStation 2 and Xbox in September 2005.