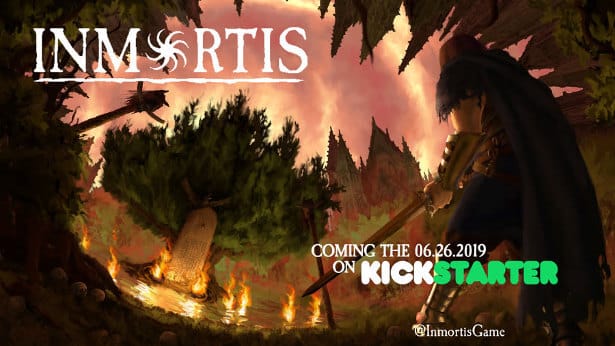 Inmortis is a top down and disturbing action RPG in Kickstarter games that is coming to Linux, Mac and Windows PC. Thanks to the creative efforts of Pecking Crow Studio. Which is now on Kickstarter and the crowdfunding campaign has a pledge goal of €20,958.


Inmortis is a pixel art game coming to Steam. But also a dark and disturbing action RPG. With support for Linux, Mac and Windows PC.
Gameplay takes place in a twisted world. While taking inspiration from Warhammer and the Chtulhu’s Mythos. Since you will have to choose your way. And find out what happened to the world around you.

So depending on your choices. You will have to face consequences. Since your body is alive thanks to the Gods influence. And the more you banish their servants. The more death and decay will spread around you in Inmortis. While at the same time you will absorb their power. Since this will give you an improved vitality. But at the cost of your sanity.

Inmortis is not really a hack and slash. So you will not have countless enemy hordes rushing at you. The gameplay is rather slow. But also very dynamic and breath taking during tough fights. Which reminds of Divinity Original Sin mixed with Jotun.
Pecking Crow Studio is designing the game to be mix. Both brutal and unforgiving combat. And also a deep narrative core. So that player action will really have an impact on the story. Check out the Demo for Windows and Mac. On Linux, launch the game using “wine Inmortis.exe”.

While not really a fan of pixel art games. Inmortis certainly offers a disturbing action RPG. The demo will give you a decent impression. Make sure to check out the campaign page for full details.
The full game is coming to Linux, Mac and Windows PC via Steam. With 24 days left to hit that €20,958 pledge goal.