Insurgency is FREE to Keep now on Steam 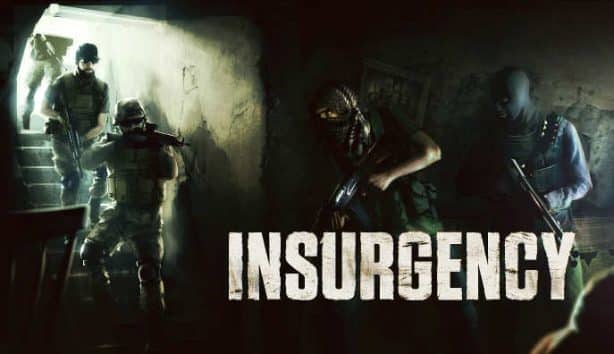 Insurgency is now FREE to Keep now on Steam for Linux, Mac and Windows. This deal is in advance release for the coming launch of Insurgency: Sandstorm


Since Insurgency: Sandstorm is releasing on September 18th. New World Interactive is also inviting all First Person Shooter fans to try the game which inspired the much-anticipated sequel.

So starting at 10:00 AM PDT today the original ‘Insurgency‘ will be FREE TO KEEP on Steam for 48hrs. All you have to do is simply install and play the game during the 48hr window. And it is yours to keep at no charge, forever. A complimentary copy of the base game.

Free to Keep on Steam:

Owning the original Free on Steam will also entitle fans to 10% off Sandstorm. That is also in addition to the 10% Pre-order discount currently on offer for a combined 20% off. So this brings the cost down from $29.99 to $23.99 USD. While Linux and Mac support will come later. So this makes pre-orders an even sweeter deal.

Insurgency is an intense, immersive, hardcore, tactical shooter. It’s also based on the award winning source engine mod Modern Infantry Combat. While having sold over 5 million copies to date on PC.

So players will take to the streets for intense close quarters combat. Where a team’s survival depends upon securing crucial strongholds and destroying enemy supply. This is an excellent multiplayer and cooperative Source Engine based experience. The follow-up game to the award-winning Source mod.
Allso highly competitive and lethal, striking a balance between one-life gameplay and prolonged action.

Taking the original formula and evolving it. The top selling FPS comes enhanced and expanded. Sandstorm development uses Unreal Engine 4 with upgraded graphics. While taking the series into a new era. Coming to Linux, Mac and Windows. And for the first time, PlayStation 4 and Xbox One.
Insurgency: Sandstorm brings extended gameplay possibilities, improved immersion, and new game modes; all while retaining the lethal tactical action that made Insurgency the worldwide phenomenon it is today.