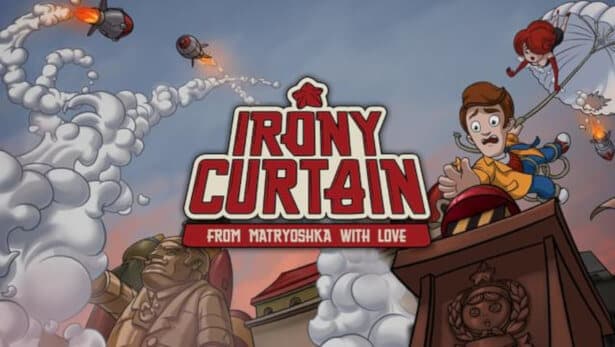 Irony Curtain satirical adventure release date has a release date for Linux, Mac and Windows PC games. Thanks to developer
Artifex Mundi. Which is coming to Steam and GOG this week.


Irony Curtain: From Matryoshka with Love forllow the world of Cold War spies. Also over the top drawings of 1950’s Eastern Europe and The United States. Which will launch on May 16th, 2019.

Pre-orders on GOG are also open. Which are available with a 10% discount for anyone who purchases the game before launch.

While Irony Curtain is ready to launch. The PS4, Xbox One and Nintendo Switch has delay. Since the developer is taking a few extra weeks to finalize those versions. So it looks this will be a plus for Linux. With another day-one release.

“While internally we always had a date set for the 16th of May. We eventually saw that we could still make substantial improvements. Bot to the performance and controls of the console versions.
However to meet that original deadline for all four platforms. Would have been brutal and required excessive hours on our team. We’re strongly against this idea. So it was decided to at least release the Linux, Mac and Windows PC version. And still ensure high quality console versions done in a time frame that didn’t strain our devs.” – Piotr Sułek, Lead Game Designer

Irony Curtain: From Matryoshka with Love is a true satirical adventure game. One that also takes inspiration from the classics. Those of LucasArts and Daedalic Entertainment.

Experience a Cold War spy intrigue story. Taking place in the bizarre and in your face communist country of Matryoshka. Since the socialist vs capitalist stereotypes are now taken to nuclear levels.

Puzzles are built around logic and the ability to solve them in multiple ways. The game has full, professional English voice acting along with German and Polish subtitles.

Irony Curtain: From Matryoshka with Love: is coming to  Steam and GOG. Priced at $19.99 USD / 19.99 EUR. Coming to Linux, Mac and Windows PC. The games ready to release this week on May 16th.