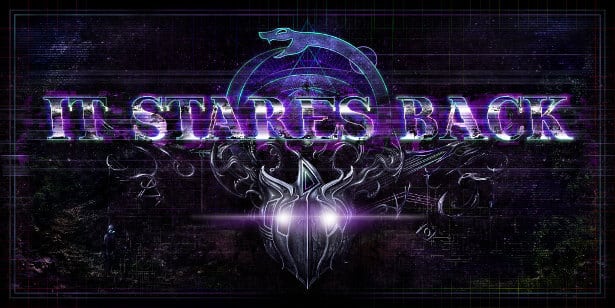 It Stares Back dark fantasy RTS releases on Windows PC, but has plans for Linux support. Thanks to the development effort of
Light Arc Studio. Which is doing very well on Steam. Hence a Positive review score.


Play as the Noble Guide. Also a fabled commander with the power to conjure. So you can bring lost spirits to join the ranks of your undead army. Explore the Four Kingdoms to discover new heroes, armour, soldiers, and structures much needed in your campaign to restore the Great Tapestry to its former brilliance.

We found regular community updates on multiple ports was not feasible for early access. But we are hoping to branch out to other ports after launch.

So this is good news. Development is also using Unity 3D. Which should also mean an easy port at launch. But that’s apparently not until June 2020.
Until then, It Stares Back looks like Proton will be the answer. And given the success even this early into Early Access. Including the lower price. This is still a good sign. Since the developers other title, Castle Battles has Linux support.

It Stares Back Prologue Trailer (Windows PC, then Linux)

Enter The Great Tapestry. Once a candy colored realm of dreams and fantasy. Now a corrupted death scape of endless ruin. Be wary, traveler…

It Stares Back will have you weave your fate. So you will meld into this dark fantasy RTS. One that uses unique RPG mechanics into the deliciously hand painted, lore rich story.

What can you expect in It Stares Back. Well 4X, hex based, real time strategy combat in a unique play style. Viewing the battlefield as Hex, the mechanical owl. Youi also EXPLORE by sending the out the Noble Guide. Lighting spires scattered across the map. Since these reveal a variety of troop resources to EXPLOIT.
Then EXPAND your territory across each region. Since there are many holes in the Tapestry. And the setting is unforgiving. While you work to EXTERMINATE the wretched beasts. Thosse that lie waiting in the Clamoring Mist. Seeing they stand between you and the completion of the Rites of Awakening.

Death is a welcome friend. Soldiers revive in collected dying pools. This gives you wave after massive wave of undead. So you can hurl more forces at your opponents.

It Stares Back is currently in Early Access. With regular updates to the map region, “Dreams of the Makers.” You can also join the Discord Legions. Then make your own maps and share them with the Community.

It Stares Back dark fantasy RTS is available on Steam. The games also priced $5.99 USD. Available for Windows PC. But you will want to play via Proton support on Linux.

A Bad Game of Football to get bloody