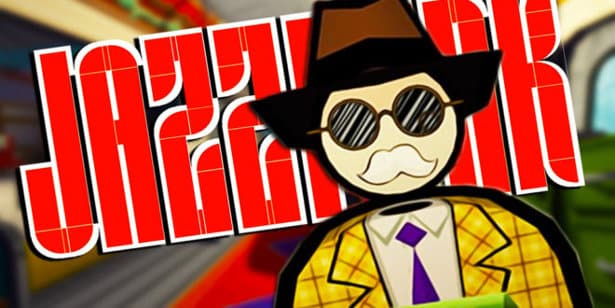 Jazzpunk is a new comedy in Linux, Mac and Windows games. While gameplay is often full of laughter, but you don’t usually think of it as funny. So perhaps it’s unsurprising that other than romance. Comedy is probably the least developed genre in video games.

The greatest video game comedy is almost certainly Portal 2. A 2011 first-person puzzler that stars Stephen Merchant. It’s not “funny for a game.” It competes with the best comedic work in any medium. Portal 2 is not a game that turns you into a comedian. Mr. Merchant gets the good lines, and “the straight man is you,” as Erik Wolpaw, the game’s co-writer. Once put it during a discussion at New York University.

But the ambition of Jazzpunk [official website], a new game that arrived last week for personal computers. Letting players actually deliver the punch lines instead of just sitting there and listening. While the game says and does things that make them laugh.

“Portal tells you a joke, rather than let you perform one,” said Luis Hernandez, one of Jazzpunk’s two designers, in an interview with the website Kill Screen. “That can work the first time around, but if you go back and play it, you’ll know all of the shticks. It won’t do anything new, it’s just a soliloquy.”

Turning players into comic actors is an admirable goal. But it’s also one that Jazzpunk fails to live up to. Uless you’re willing to define “performing a joke” to include things like sitting on a whoopie cushion. Also one of the game’s very first gags.

Jazzpunk, one of six game is nominated for the grand prize at the 2014 Independent Games Festival. Taking inspiration by the work of Jim Abrahams and the brothers David and Jerry Zucker. The makers of movies like “Airplane!” and “The Naked Gun.” And it starts well enough, with bright colors and a lounge-jazzy intro for its lowbrow 1960s spy story. There are some decent sight gags and some pleasing inside jokes for game lovers. Such as a red phone to the Kremlin that plays part of the Tetris soundtrack for its hold music.

But the best Zucker-Abrahams-Zucker movies are spoofs of genre films. What is Jazzpunk spoofing? All of video games? When the player looks into a microscope in a Soviet lab and ends up playing Space Invaders, we’re closer to the tone of lesser films like “Scary Movie,” where the quotation of other work replaces actual jokes. Jazzpunk includes homages to games like Frogger, Street Fighter, Quake and more.

There’s no emotional core here, nothing that resembles the commitment of Robert Stack and Leslie Nielsen to the drama of “Airplane!” and “The Naked Gun,” which anchors the absurd humor of those movies.

Maybe a committing-comedy video game is an impossible dream, like Bill Murray’s efforts to kill the groundhog in “Caddyshack.” After all, comedy is about control, about performers who seize it and spectators who cede it, while video games involve artists and audiences who agree to collaborate.

Stephen Totilo, the editor in chief of the gaming website Kotaku as well as a contributor to The New York Times, examined the humorlessness of gaming in a Slate essay published almost a decade ago. While granting that there were a few funny titles — among them the 1984 text adventure The Hitchhiker’s Guide to the Galaxy, the 1987 graphic adventure Leisure Suit Larry and 1990s LucasArts games like Day of the Tentacle — he, like Mr. Hernandez, wanted a game that did more than merely make him laugh.

“It’s easy for a game designer to make someone feel like Bruce Willis or Sly Stallone by putting a virtual gun in their hand,” he wrote. “But how do you go about making someone feel like Charlie Chaplin or Bernie Mac? Can you make a gamer actually commit comedy?”

Another new game gets closer than Jazzpunk to actually realizing this. Octodad: Dadliest Catch was released for personal computers last month and is scheduled for release on the PlayStation 4 in March. It’s the funniest video game about being in the closet that I’ve ever played.

The joke is that the main character is an octopus who’s trying to hide his cephalopod nature from his human wife and children. The slapstick in the game comes from its intentionally horrible controls, so, in that sense, the player is creating some of the humor.

Octodad has all the comedic sophistication of a “Saturday Night Live” sketch stretched to two hours, but it’s also surprisingly sweet. A video game rom-com? Now that really is a first.

Jazzpunk, developed for Windows, Mac and Linux by Necrophone Games and published by Adult Swim was not rated by the Entertainment Software Rating Board. It is available from the digital store Steam and at Necrophone.

‘Jazzpunk’ Available for Pre-order, coming to Linux, Mac, and PC 2014

Two comedy games that will make you laugh

Jazzpunk is slated for February release on Steam