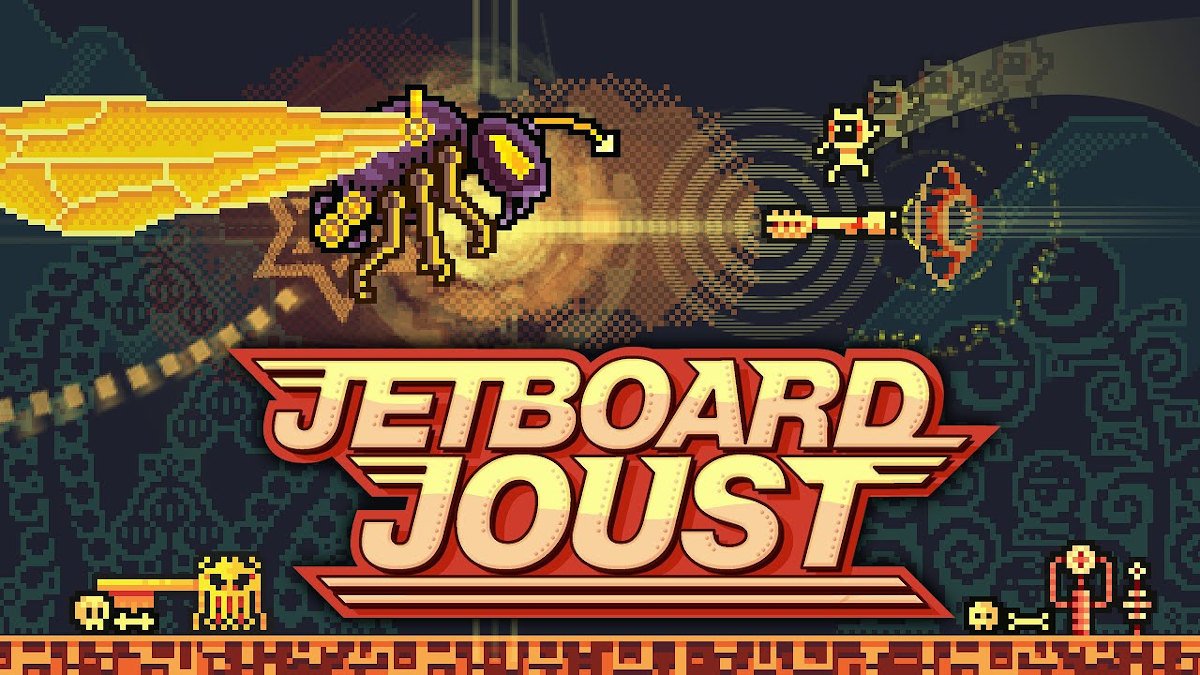 Jetboard Joust arcade style SHMUP goes native via Linux gaming with Mac and Windows PC. Thanks to developer BitBull Ltd. That if you already own the game via Steam or Humble Store.

Jetboard Joust is a joyous fusion of classic arcade shoot-’em-ups and modern roguelikes. Reaching out to developer BitBull Ltd back in early October 2020. There were details shared about the Atari VCS. Then a couple more emails were exchanged and now the most recent, the official reveal for support in Linux gaming.

Thought I’d get in touch to tell you that Jetboard Joust finally releases for Linux on Steam on the 18th May.

If for some reason the Linux build does not install. Use the public beta branch on Steam as a backup. I’ve been playing the Linux build there since last Friday. BitBull confirms, “it runs fine on the new Atari VCS which is Linux based.” Which also translates well into Linux gaming.

Defend the skies from alien raiders in the sequel to 1989’s Skateboard Joust. Originally available for the ZX Spectrum, Commodore 64, and Amstrad CPC microcomputers. Take flight on a souped-up jetboard, darting through the skies and blasting invaders. Jetboard Joust also offers an explosive arsenal of weapons. So you can stop alien foes from taking helpless civilians. Overcome challenging trials to access powerful upgrades before charting a course through a procedural, branching campaign.

Jetboard Joust is tricky, as you balance while keeping altitude. Then dodge incoming fire and pursuing intergalactic threats through action packed dogfights. All taking inspiration from old school arcade classics. Jetboard Joust will have you harness the power of the jetboard. Simply while using it as a ballistic missile. So you can launch the deck into hostile squadrons to destroy the enemy armada. Then wipe out everything caught in the crossfire.

Reap rewards from victories, collecting coins throughout the level. Which you can use to purchase new guns, level up armor, and modify the jetboard. Then upgrade your hero until he evolves into a brute force. Scour environments for temples filled with untold spoils. Since these let you power up before returning to the fight. Surprises and unrelenting foes await. These include massive, multi stage boss guardians and superpowered mutants created from abductees.