Kickstarter for HABITAT: A Thousand Generations in Orbit Launched

4gency has launched a Kickstarter campaign for HABITAT: A Thousand Generations in Orbit, a real-time, physics-driven orbital #strategy game #developed for PC, Mac, Linux and Xbox One. In the game you will build, fly, and fight with unique space stations you create out of #space junk orbiting Earth. You can make various combinations of junk that work together, to support life or to destroy it. Any object, debris and junk can be used to craft your Habitat.

The basic mission structure is about fast-paced, emergent fun by building combinations of junk that work together, to support life or to destroy it. Exploration and resource management is combined with physics-based flight and combat in orbit to bring your space station creations to life.

Habitat’s game modes will include:

Sandbox mode:  A persistent world for building and creating, populated by a procedural engine to give you new fields of junk to explore each time you start a new game.

Campaign mode: A narratively-driven experience that will have you taking on exploration, building, and fighting in a race to save humanity from a nano-machine army consuming Earth.

HABITAT: A Thousand Generations in Orbit let’s you build, fly, and smash orbiting stations made out of space junk in this physics-driven strategy game set in Earth’s far future. A rather unique Kickstarter with some fine sandbox qualities. 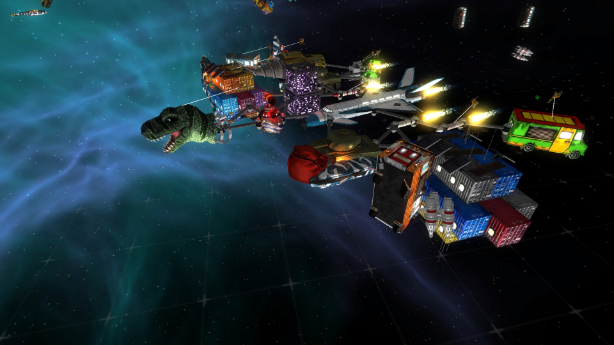