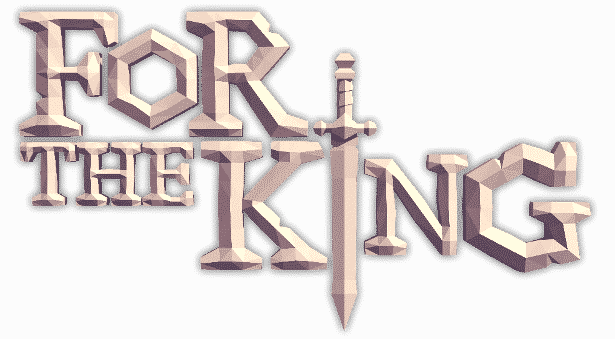 For the King, a rogue-like RPG adventure for Windows and Mac, but coming to Linux. And since award-winning publisher Curve Digital, has partnered with IronOak Games. This sees players journey into procedurally generated levels to avenge their recently murdered King.

So to celebrate the one year launch anniversary on Early Access. IronOak Games has revealed For The King will move into a full release this April on Steam and Humble Store. Including support for Linux.

“The Linux version will be available at launch in early April.”

For The King is the first game from IronOak Games in Vancouver, Canada. Forming in 2015 by a team of industry veterans who’ve previously worked on Sleeping Dogs, Dead Rising and Need For Speed.

Mixing up a challenging blend of strategy, JRPG combat, and rogue-like elements. For The King features both a single player experience. Which also means the ability to play cooperatively both online and locally. Taking place in the gorgeous, hexagonal kingdom of Fahrul. Players must strategically explore and battle their way through the fairytale. Hence this low-poly landscape in a bid to discover and survive, lest they succumb to death.

“For The King is a passion project for us and very much an homage to the RPG genre,” said Colby Young, Game Designer of IronOak Games. “Early Access has been great for the game. Aallowing us to listen to fans and make the game as strong, polished and fun as possible. Now with its full release, and our new publishing deal with Curve. We can’t wait for more players to experience For The King.”

“We’ve been following For The King since its Kickstarter. We’re extremely excited to announce today that IronOak have become part of the Curve family,” said Jason Perkins, Managing Director of Curve Digital. “The office is full of board game players and we frequently play them in our downtime. To have a title which encompasses this passion is thrilling. We can’t wait for the title to be fully released.”

The once peaceful kingdom of Fahrul is in chaos – the King is dead, murdered by an unknown assailant. With nowhere left to turn and stretched beyond her means, the queen has put out a desperate plea to the citizens of the land to rise up and help stem the tide of impending doom. In For The King, players can choose to create a makeshift party, either splitting up to cover more ground or sticking together for protection. A sound strategy can mean the difference between life and death.

Each play through is made unique with procedural maps, quests, and events. Players must brave the relentless elements, fight the wicked creatures, sail the seas and delve into the dark underworld. Brutal, turn-based combat unfolds using a unique slot system for attacks and special abilities while herbs can be gathered to heal wounds and cure maladies. Safe camps protect from the horror that nightfall brings but players must remember, they do not do this for the riches or fame but for their village and for their realm. For The King!

For The King will leave Early Access in early April. Since no specific release date is available, yet. The price will increase to from $14.99 USD to $19.99 USD on both Steam and Humble Store. So anyone looking to purchase For The King now will benefit from the reduced price up until full release.