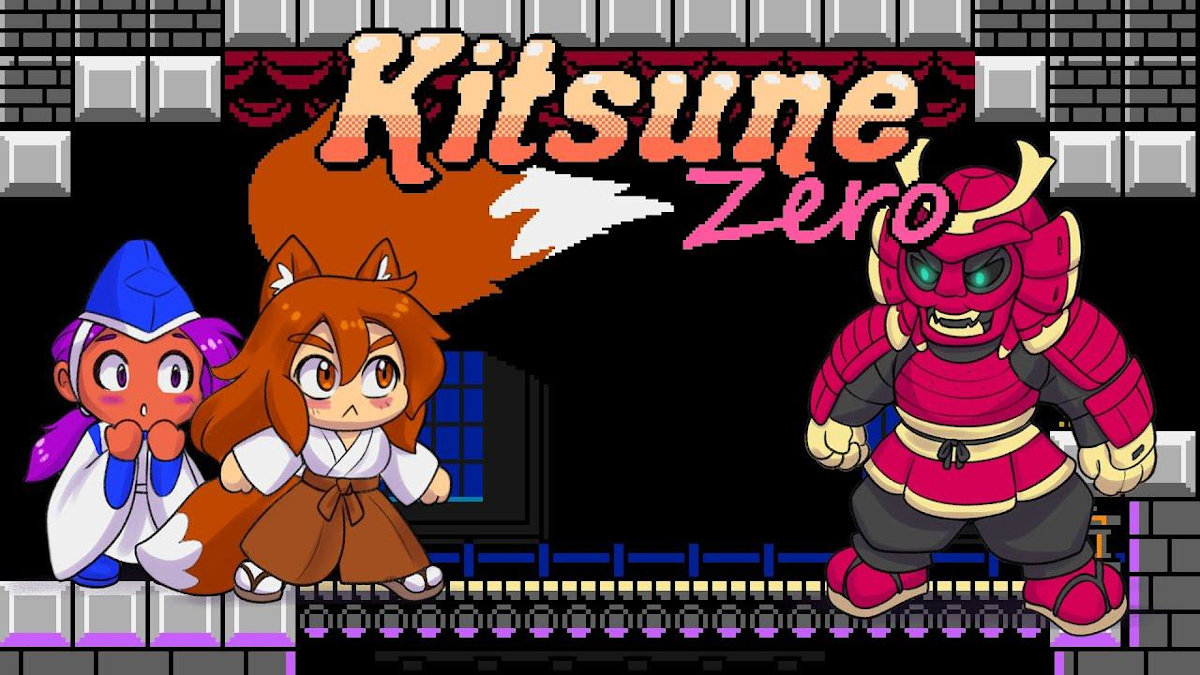 Kitsune Zero prequel story game to Kitsune Tails releases on Steam for Linux, Mac, and Windows PC. All thanks to the work of developer Kitsune Games. Which is available on Steam and itch with Positive reviews.

Kitsune Zero the prequel to Kitsune Tails. The platformer is also styled after beloved classics. Full of Japanese mythology while featuring diverse relationships. Releasing now as a DLC for Super Bernie World. The electoral activism platformer downloaded by more than 350,000 voters at the ballot box.

Venture through a new story from by developer of MidBoss and Ultra Hat Dimension. while you take on the original four worlds of Super Bernie World. now taking place in the Kitsune Tails universe.

Run and jump as fox spirit Yumi across eight new worlds exclusive to the DLC. Dodge high speed enemy attacks from the Edo soldiers in Kitsune Zero. Doing so in an all new hard mode made to test speedrunners and platformer players. Collect powerups fueling Yumi’s abilities to grow in size. So you can throw striking fireballs and release your ultimate ability.

Come across ghostlike creatures inspired by Japanese folklore. Which are hiding in each world and their secret bonus world. Hop, dash, and stomp on enemies in this homage to early eight-bit platformers. Due to a newly designed quality of life experience. Featuring jump buffering and continuing from any stage. Bop along to catchy tunes paired with each level’s graphics.

Discover 24 new levels in this expansion full of new story sequences. All narrated by Sean Chiplock, whose credits include The Legend of Zelda: Breath of the Wild, Genshin Impact, and Spider-Man in Marvel’s Avengers. Along with plenty more beloved anime and video game titles. Kitsune Zero’s voice cast also includes Michele Knotz. Who also is the voice of Misty, May, and Jessie from the English dub of the Pokemon anime.

Kitsune Tails will release in 2023 on Linux and Windows PC.

Kitsune Tails side scroller platformer due in 2023