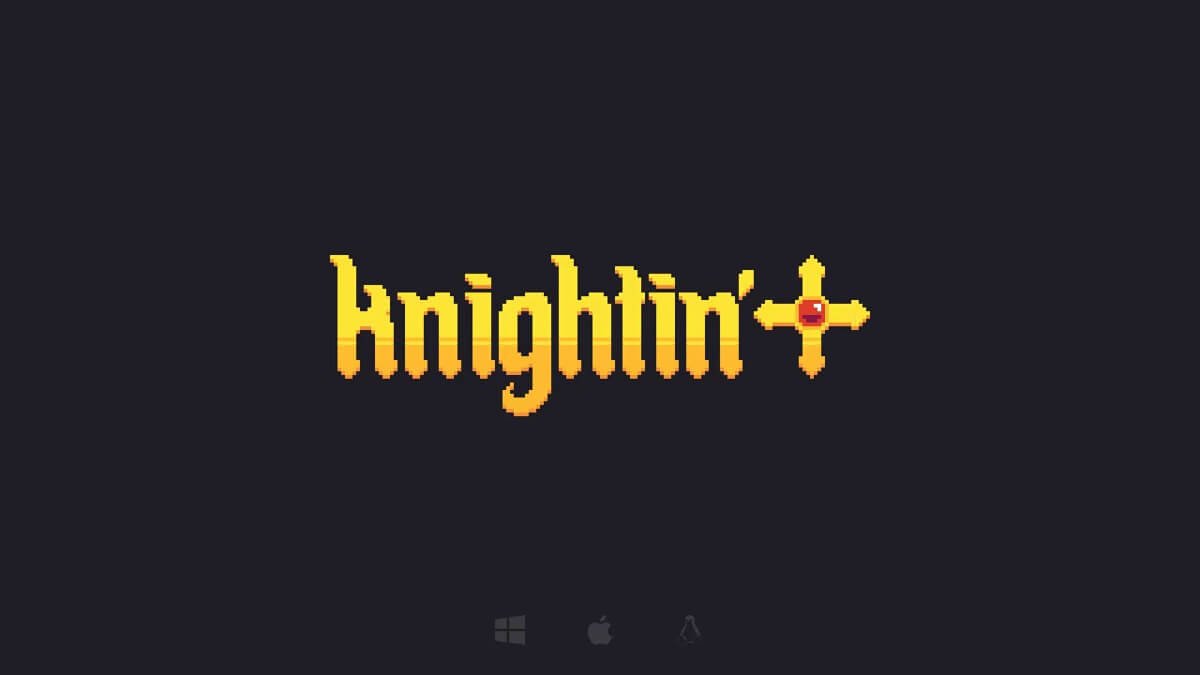 Knightin’+ is a classic adventure game brings support for Linux, Mac and Windows PC. Created and developed by one person, Muzt Die Studios. The games available now on both Steam and Itch.io.

Knightin’+ take inspiration from the amazing masterpieces from 90’s. So go ahead and join the brave sir Lootalot. While he takes on an epic quest in this Zelda lite adventure. Where you get to explore and fight. Working your way through the dangerous dungeons filled with traps. There are also a few puzzles and magical artifacts. And, of course, show the evil bosses who is the real boss here.

This is really a cute exploration game that is very cost effective. And not to mention keeps the player busy. And I’ll be completely honest here, Knightin’+ gameplay reminds me of Binding of Isaac. Check out the trailer below for a first hand look.

So what can you expect from this game? Let’s sum up.

So a little history for Knightin’+. The games began as a Pixel Day 2018 submission. That jam entry, called simply Knightin’, won the 1st place in January 2018. Muzt Die Studios also received a lot of positive feedback. Deciding to forge this into a full game. So, one year later, in July 2019 we have the final version of Knightin’+.

The man behind Muzt Die Studios is Volodymyr. But you might also now him as Wolod. Who does all the programming, design, art, music and business. Muzt Die Studios was founded in 2011. So Wolod is doing my best to create fun, challenging and polished games. Since game development is a passion and he also plays his games as much as creating them.

Knightin’+ is a classic adventure game. Which also brings support to Linux, Mac and Windows PC. Plus a 10% discount to Steam, making the price $5.39 USD. But you can also name your price on Itch. So it’s up to you.