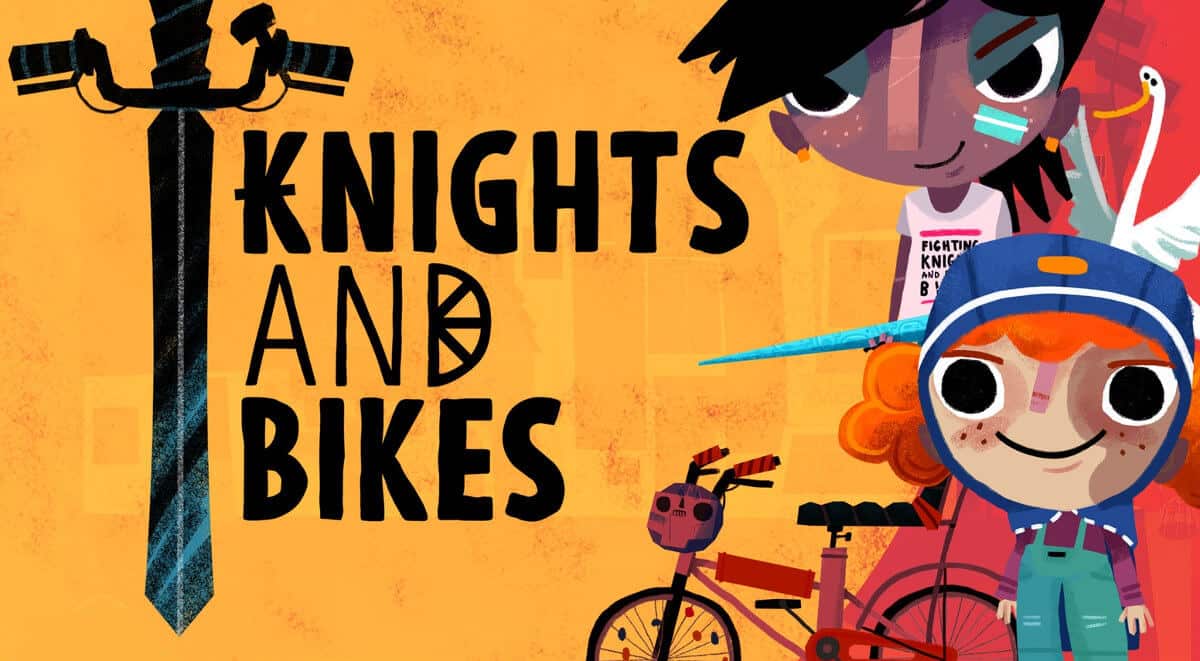 Knights And Bikes is a hand painted action adventure releases for Linux, Mac and Windows PC. Thanks to inventive developer Foam Sword. The games now live on Steam and GOG with 100% Positive Reviews.

Knights And Bikes is an action adventure releases for 1 or 2 players. While taking place on a British island in the 1980’s. This is also a coming-of-age story. Which stars Nessa and Demelza. While they explore the coasts of Penfurzy on their trusty bikes. Looking for a legendary lost treasure. Similarly, the game takes place in a Goonies inspired tale. Including all same excitement, danger, fun, and friendship.

Likewise, these are two new friends. Who adventure with their pet goose. And also the pickled head of an undead knight. Together they form the Penfurzy Rebel Bicycle Club. Now ready for anything the Knights And Bikes adventure throws at them. They pedal into danger to face threats head-on. While using frisbees, water balloons and video game controllers. Most importantly, the powerful beats of an amplified boom-box.

Along the way they’ll stuff their pockets with trinkets. And also barter for bike upgrades. Spurring them onwards down the island’s country lanes. As they explore the windswept beaches and deep forests. As well as modern attractions and ancient ruins.

Most importantly, their friendship creates an adventure. Knights And Bikes is also as big as their imaginations.

Knights And Bikes action adventure releases on Steam and GOG. Priced at $19.99 USD. Available for Linux, Mac and Windows PC.