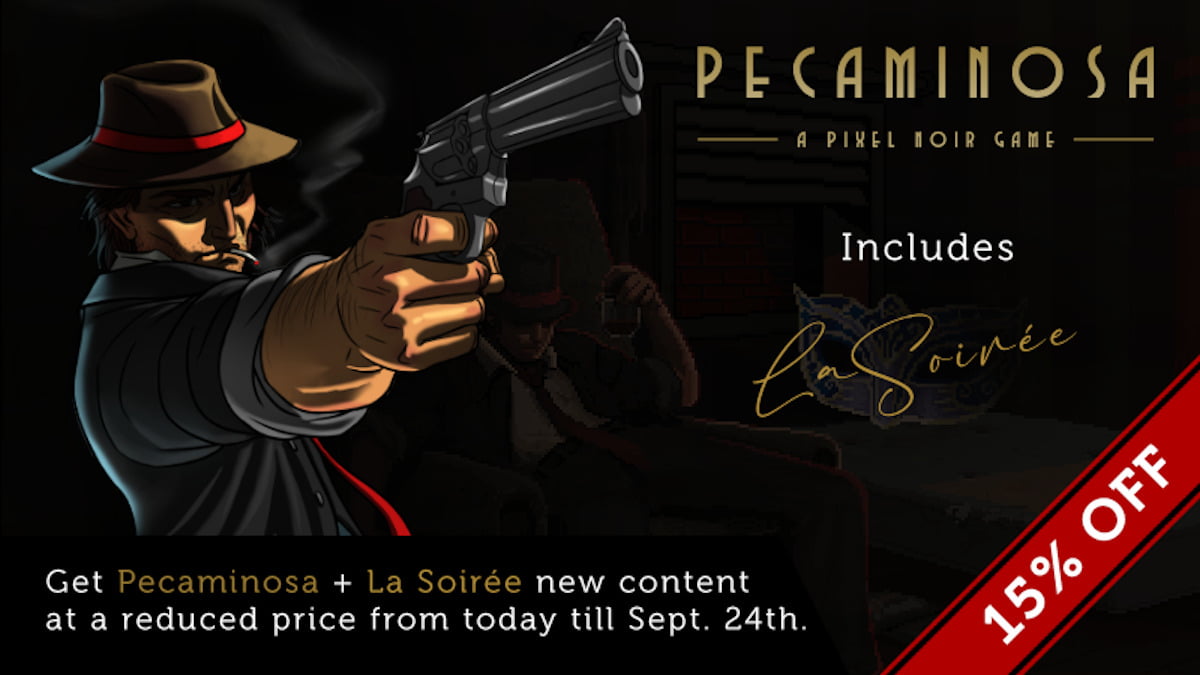 La Soirée game update is live for action RPG Pecaminosa on Linux, Mac, and Windows PC. Thanks to the continuing efforts of developer Cereal Games. Which is available with a discount right now on Steam.

The long awaited update for the action RPG from Cereal Games arrives on Steam. Which also coincides with a succulent discount for the game. Which will see its price reduced by 15% until September 24th. There is no better time to enjoy Pecaminosa and, of course, the new content La Soirée. Since this closes the main case of the game and introduces new areas. Including new mini-games, a new boss, and several alternative endings.

To anyone more off-the-grid not really following our news (it’s ok, no hard feelings…). La Soirée is the natural conclusion of the main game’s story. So this means that you can now go back to searching for your trusty old friend, Sully.

If you like noir style, detective stories, and, why not, ghost tales. Maybe you’re also a pixel lover, Pecaminosa has all that and much more. Character evolution, several types of weaponry, melee attacks and dodges. While offering secret areas, rewards for finishing off certain enemies, final bosses… it has it all!

Since Pecaminosa is already available on Steam, grab the 15% discount of the regular $14.99 USD price. But its only around until September 24th. Along with the games continuing support for Linux, Mac, and Windows PC.