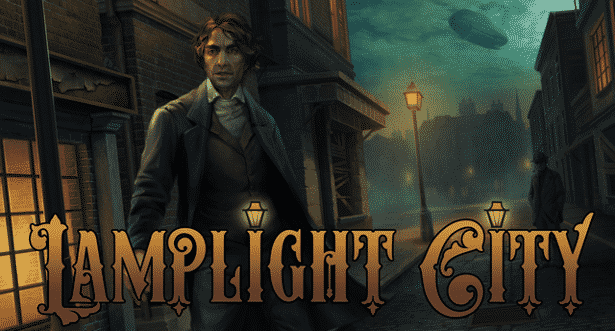 Having received an email from Application Systems about the coming release. The Publisher also confirms a Linux build is in the works.
Actually they already have an “official hack” of the game for internal testing. And developer Grundislav Games is also planning for a day-one release.

Gamplay is a steampunk-ish detective adventure from the creator of A Golden Wake and Shardlight.
Can private investigator Miles Fordham find justice for his clients and track down his partner’s killer before his entire world comes apart?

Lamplight City is set in an alternate “Victorian” past. (Since it’s alternate history, that’s why “Victorian” is in quotes) The game is split up into 5 cases, but features one overarching narrative. Each case features multiple suspects, false leads, moral choices and lasting consequences. And the general atmosphere and tone of the game also takes inspiration from the works of Edgar Allan Poe and Charles Dickens.

So Lamplight City the detective adventure is coming to Steam in September 2018. Which is also expecting to have a day-one release on Linux, Mac and Windows.

There is no word yet on price or an exact release date. So stay tuned.