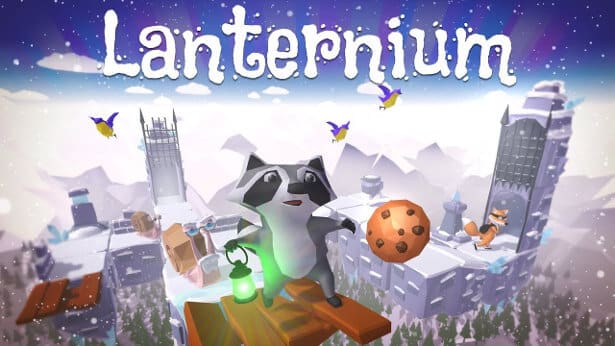 Lanternium releases the 3D adventure puzzle title in Linux, Mac and Windows games. Thanks to developer Blazing Planet Studio. Who launched the game on Steam with a discount.

Lanternium releases after 2 years of development. A unique 3D puzzle adventure game. Which looks like something from the hardest game videos. Where players try and speedrun a similar looking puzzle game. But here gameplay is in 3D. Since the unique environment is almost distracting. But also impressive for a cartoon’ish looking game.

Lanternium follows the main character, the Raccoon. Who finds himself in a magical world. You know, after being robbed of his cookies. Kind of an interesting plot line. Seeing the portal just randomly opens.
While in this magical world. Raccoon realises that this world is full of dangers. Since it’s dwellers are in serious trouble. Check out the trailer below to get a better idea. Which looks like more like a casual game.

So it’s up to the player to explore this world. Something happened in this fantastic world of Lanternium. Since you have to help the Raccoon find his way home. While trying to not fall off the puzzle. Avoiding obstacles and making your way through.

Lanternium also has a system of dialogues. As well as an interactive training in the game. Blazing Planet Studio put quite a bit of time and effort into the visuals. Creating a more unique environment. While captivating and distracting the player.