The Last Friend is a Tower-Defence game coming to Linux, Mac and Windows. While gameplay features strategic Beat’em-up elements. Where players must balance their attack and defence tactics. All in order to defend their mobile dog shelter.

“We will definitely launch a Linux version of the game. And we are using Unity for development.”

Stonebot Studio is proud to announce The Last Friend. A new action and strategy game that not only mixes genres. But also full of puppies. In this adventure you’ll be rescuing dogs that will join your team. While you travel through a cartoon Mad Max-inspired post apocalyptic world. What could possibly go wrong in this setting?

The team based in El Salvador has taken two genres that have never been mixed before like this, tower defence and beat ‘em up, and created a game where you’ll have to use your mind and your fists. Set your traps and weapons and protect your van from the waves of enemies, while you let your fists do the talking. Anything to rescue those lonely dogs lost in the wastelands! 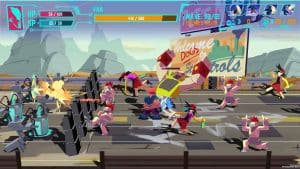 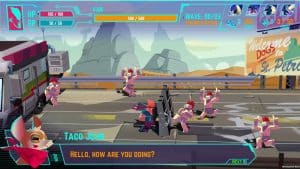 The Last Friend, the tower defense beat ‘em up, will release on Linux, Mac and Windows, later this year. Unfortunately there is not trailer available, yet. But there are some further details on the official website.

Stonebot Studio is not only a game developer, but also an animation studio. Which also guarantees great artstyle and beautiful animations. Since gameplay is as important as visuals. And they are working really hard to make sure The Last Friend is as enjoyable to play as enjoyable to watch.