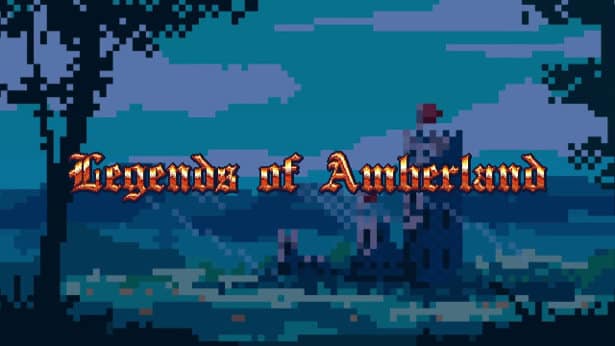 Legends of Amberland: The Forgotten Crown is a coming to Windows, but the developer is looking at Proton for Linux. This is a unique approach and one that most Linux gamers might disapprove.

Legends of Amberland is a classic western RPG taking inspiration from the 90’s games. The type of game that developer Silver Lemur Games finds to be missing. A light, fairy tale, epic, heroic and slightly humorous singleplayer. One that does not take a hours to complete or require endless grind to progress. A game that caters to players who don’t have 40 hours to beat. But also like to play and have a nostalgia for the way games were made.

Since Legends of Amberland takes some healthy inspiration. Such as games like Dungeon Master, Eye of The Beholder 2 and Might and Magic 3-5 that people know. Also Crystals of Arborea (a not so well known prequel to Ishar series), GoldBox series (Champions of Krynn, Dark Queen of Krynn, etc).

Why Proton over a Linux port:

“Linux: No plans right now, but I would be surprised if it won’t work flawlessly via WinE/Proton. I will be using different compiler and libraries through, still I don’t expect problems here.”

So this may trigger some, but the fact that Proton and Wine is in consideration is positive news. Typically asking for a native build issues a different response or a hard no. But in this case, the games engine is custom made. Putting the request at the mercy of the developer. A one-man indie studio lead by Chris Koźmik.
However, seeing that Proton and Wine are already in mind for the game release. I’m eager see the level performance via Steam.

Gameplay for Legends of Amberland is 100% turn based. Including grid movement and 90 degree rotation. All this is very fast paced, both in combat and travel. The goal is to cut down the boring parts and flesh out the fun aspects.
Also, there is no loading screen when changing locations or other slowdowns. While gameplay is straightforward with modern additions like an equipment encumbrance system.

Storyline is a fairy tale, mythical heroic fantasy. You are the good guys on a quest to fight the forces of evil (no moral choices). The world is non linear, with very few locked areas. So players can go anywhere and complete tasks in different order.
In addition, you can choose different quests to finish the game. Those are not mutually exclusive. So it’s more like a world driven than a story driven. With a priority to make the world feel alive and let you explore it freely.

There is no official release date or price for Legends Of Amberland: The Forgotten Crown yet. The games expecting to release on Steam sometime in Q1 2019.