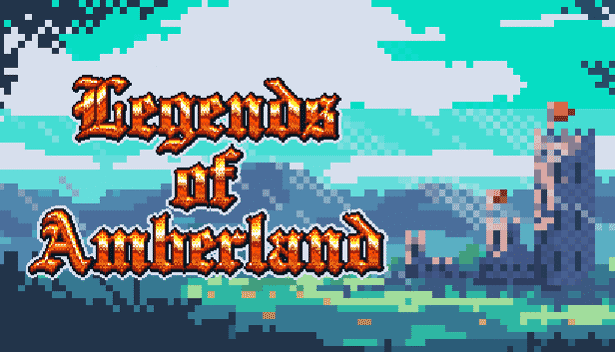 Legends of Amberland: The Forgotten Crown RPG releases in Early Access games for Windows but works on Linux. Since Silver Lemur Games are working with the community. Available on Steam Early Access with a discount for the week. We can also play via Proton, aka Steam Play.


Legends of Amberland classic party based western RPG. Which also takes inspiration from 90’s games. Since the release is aimed at classic gamers. Plus the games 100% turn based.
So basically for people who played those games back then. You know, the “good old times”. But also don’t have the time due to commitments. And it’s a good thing gameplay introduces modern mechanics. Mostly around inventory management and magic. Keeping to the spirit of the golden era of RPG’s.

As previously stated in our original post. There are “no plans right now.” But as stated before, “I would be surprised if it won’t work flawlessly via Wine/Proton.”
Well good news. Thanks to Lemur Games, Legends of Amberland works via Proton. Since the game engine is custom built. Usually we have to wait for support anyway. But the fact that the game works at a Platinum level. Hopefully this also continues through Early Access. Which also fully releases June 2019.

Legends of Amberland is Light, fairy tale. Which is also epic, heroic and slightly humorous. And does not take a ton of time to complete. Or some endless grinding to progress.
Also inspired by Dungeon Master and Eye of The Beholder 2. Including Might & Magic 3-5 plus Crystals of Arborea. Along with the GoldBox series (Champions of Krynn, Dark Queen of Krynn, etc).

Mechanically Legends of Amberland is 100% turn based. With grid movement and 90 degree rotation. All very fast paced, both combat and travel as well. Since Silver Lemur cuts down the boring parts. While fleshing out the fun parts.
Also, there is no loading screen when changing locations or other slowdowns. So the mechanics are pretty traditional. With additions like an equipment burden system.

The Legends of Amberland storyline is a fairy tale. Also a mythical heroic fantasy. You basically can go anywhere and do things in different order. In addition you can choose a different set of quests to finish the game. It’s more like a world driven than a story driven.

Legends of Amberland releases on Early Access for Windows. But also works on Linux via Proton. Priced at $22.49 USD, including a 10% discount until April 2nd.