Legends of Ellaria RTS and FPS coming to Linux 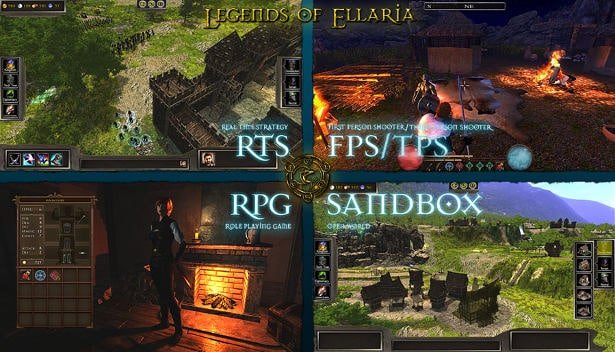 Legends of Ellaria is back in #gaming news. Hence this the first person adventure and Role Playing Game is coming to Linux, Mac and Windows PC. Where players build their own kingdom and fight epic battles. And since the world around the #player changes based on their #decisions. It’s up to the player to rule the kingdom how you want. While either commanding armies and building cities in a Real Time Strategy mode. Or staying in the First Person Shooter mode. Exploring the vast and immersive open world by yourself.

So back in 2015 Larkon Studio’s release a Kickstarter with a $12,500 goal. Hence the campaigns succeeded with $36,785 pledged and 952
backers.
While the upcoming release is due to arrive roughly mid-June via Steam Early Access. We all know what that typically means, a Windows only build. Well at least for the time being, “but are looking into Mac and Linux ports as well as console for the near future.” Which means this Unity 3D game will see a native Linux build as, “it is easy to port between them.” At least this is what the developers outline for the coming release.

Therefore in Legends of Ellaria gaming, players take on the roll of a king. Since you are presiding over one of five kingdoms. Your job is to build, fortify and evolve your kingdom. While either working with or against the other four kingdoms.
So what makes Legends of Ellaria unique is that players can switch roll. Either between managing their kingdom on a micro level. In an FPS-focused mode or on a macro level or in an RTS-focused mode. So these two gameplay styles can be switched between at any time the player chooses. Making Legends of Ellaria truly unique.

While on the role-playing side, Legends of Ellaria will have a moral alignment system. This will determine your king’s moral standing as either chaotically evil, lawfully good, or somewhere in between. This is something akin to the Paragon/Renegade system found in Mass Effect.

Since this is only a highlight of what is to come for Legends of Ellaria. We do know that the game has been successfully Greenlit, with positive news online. Yet looking at the art style and mechanics, I’m keen to get into some Early Access gaming. There is definitely further development that has to be done. So if you take the time to watch the trailers, you will notice the odd NPC character movements. But also pay attention to the environment destruction elements. Hmmmmm…..