Lessons of The Video Game Industry and Valve's Half-Life 3

There are very few games that are as eagerly anticipated as Half-Life 3, the next chapter in Valve‘s critically acclaimed #sci-fi #shooter series. Yet there are also very few games that are as elusive.
It’s been nine years since Half-Life 2 was #released, and six years since we last saw Gordon Freeman in Half-Life 2: Episode 2.
Since the cliffhanger conclusion of Episode 2, Valve has moved on to focus on other franchises, like Portal, Team Fortress, and Left 4 Dead, as well as the development of a new console, the #SteamBox.

In a recent issue of Game Informer, Valve jokingly admitted that it had “no idea” what it was going to do with Half-Life 3.
Since Valve is a privately held company, it has the luxury of taking its time with its top projects. At some point, however, franchises lose their popularity and tumble down the path toward vaporware.
Valve’s decision to not focus at all on developing Half-Life 3 is the equivalent of Activision Blizzard taking a few years off from Call of Duty, or for Nintendo to decide to give Mario a few years of rest and relaxation.

What Half-Life means for Valve

Half-Life is Valve’s flagship title that put the company on the map back in 1998. Simply take a look at how popular the franchise has been over the past 15 years.

Considering that total units sold jumped 29% between Half-Life and Half-Life 2, you would think that Valve would be eagerly developing a sequel.
To put Half-Life 2’s 12 million unit sales figure into perspective, consider this — the top selling Call of Duty title of all time, Modern Warfare 3, has sold 29 million units. The more recent chapter, Ghosts, has sold 13.6 million units. Valve’s own Portal 2 and Left 4 Dead 2, by comparison, have respectively sold 3.85 million and 4.04 million units.
Therefore, it’s clear that the release of Half-Life 3 could be massive, effortlessly eclipsing its other franchises. So why hasn’t it been announced yet?

Nintendo’s Shigeru Miyamoto, the man who created Mario, once famously stated, “A delayed game is eventually good, but a rushed game is forever bad.”
Again, by virtue of being privately held, Valve doesn’t face any shareholder pressure to push a new hit game to the market in time for the holidays. However, this can be both a blessing and a curse.
It took Valve two years to develop the original Half-Life, but it took five years to develop Half-Life 2. The production cost of the original game is unclear, but Half-Life 2 reportedly cost $40 million to make. Production costs rise as technology improves and gamers demand better graphics and special effects.
The problem with long development cycles is that it can render a project obsolete by the time it hits the market. A key part of a 3D game is its graphics engine, ideally a newer one that can take advantage of the latest hardware.

Therefore, if a game’s development cycle was five years long, it could come out looking like a badly aged five-year-old game in comparison to newer games developed through shorter development cycles. In addition, console cycles only last roughly six to eight years, after which graphical expectations rise considerably.

Apogee/3D Realms’ Duke Nukem, a popular shooter franchise in the 1990s, was trapped in this vicious cycle of changing graphics engines and ideas for 15 years. By the time Gearbox Software finally released Duke Nukem Forever in 2011, the game was hopelessly dated, in both graphics and gameplay, and bombed with gamers and critics alike. To date, the game has only sold 1.8 million copies and holds a mediocre Metascore of 54.

The second conundrum facing Valve is the Half-Life story itself. The plot is the same story that started in the original 1998 game, and has now become as twisted and convoluted as the plot of Lost.

The problem is that times have changed. The plot of the original Half-Life, which featured a mute protagonist with big guns sealing an inter-dimensional rift, wasn’t all that different from id Software’s (now part of Activision Blizzard’s) seminal hit Doom.

The plot of the second game, which brought back the protagonist, Gordon Freeman, after 20 years in stasis, was much more refined, but the idea has now been copied to death by similar games such as Electronic Arts’ Crysis franchise. 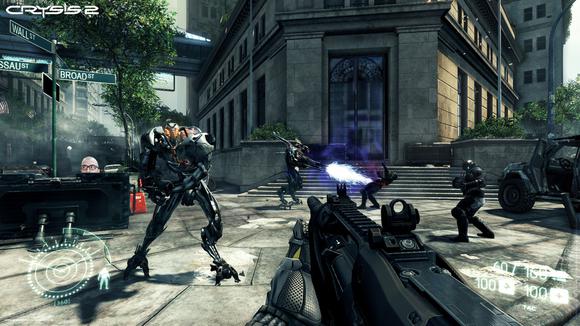 If Valve waits a few more years before it releases Half-Life 3, it could lose the fans of the first two games, and possibly alienate newer gamers who haven’t played the older titles. In the modern era of instant gratification and short attention spans, that could be a major problem.

Earlier this year, Ubisoft practically rebooted the Assassin’s Creed franchise with Assassin’s Creed 4: Black Flag, which introduced brand new main characters for both its modern and historical storylines. Ubisoft believed that its previous story, which continued through five games over five years, had become too confusing and convoluted for newer gamers to understand.

Therefore, Half-Life 2 could face a steep challenge of winning over new gamers if it continues to follow the adventures of Gordon Freeman in its current, incomplete form.

Back in 2001, Sega, once Nintendo’s greatest rival, gave up on producing hardware after the failure of its Dreamcast console. Instead, it became a third-party publisher of games.
Today, Valve is doing the opposite — it is transitioning from a software company into a hardware one with the Steam Box game console, which is scheduled to arrive in 2014.

However, Steam Box, which runs on Valve’s own Linux-based operating system, Steam OS, is not a single console like Sony‘s PS4 or Microsoft‘s Xbox One. Instead, it will be sold in a wide variety of hardware configurations through multiple hardware partners, just as PCs are produced by numerous different companies.

Although PS4 and Xbox One sales are strong, neither console has been very successful at converting PC gamers. Valve is counting on tapping into that market via its online store Steam, which hit 65 million users at the end of October.

While Half-Life 3 would make a perfect launch title for the Steam Box and leave a huge impression with PC gamers, it’s highly unlikely that the game will be confirmed before the console’s release.

Hopefully Half-Life 3 doesn’t suffer the same fate as Duke Nukem Forever. Unfortunately, Valve is all over the place these days, and it’s unlikely that we will get to revisit Gordon Freeman in the near future.

What do you think? Are you looking forward to Valve’s elusive Half-Life 3 as well? Let me know in the comments section below!

After a rocky development, Half-Life 3 to go open world in 2014 – Rumour