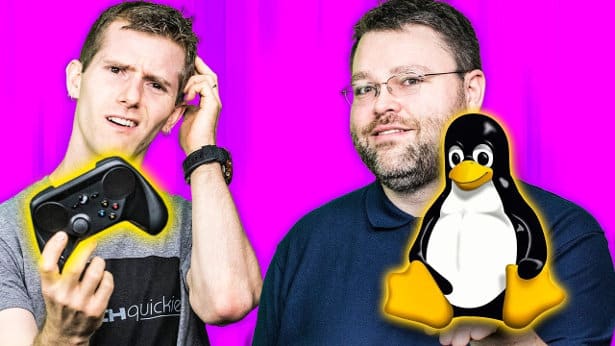 Since there is quite a bit of debate going on in the Linux community about the Level1Tech video with Linus Tech Tips. Well it’s only fitting to post a reply and review some of what is presented in the video.


So the debate and the consensus is ongoing, Wendell from Level1Tech talks Linux gaming. Well that’s great and I do appreciate his involvement. Having exchanged emails with Wendell, I do have respect. But might not be the only person to talk gaming. Since the video presents one major issue, no native gaming is shown. Highlighting more of the Windows gaming outlook on Linux.

First, let’s state the obvious, the video begins around graphics drivers and the discussion of WINE. Where Linus states that the drivers are “abominable.” Which is then corrected via Level1Tech. Seeing NVIDIA has had decent support for native gaming for a while. And AMD driver support is definitely improving across the board. Which is the one major positive points of the video.

Then there is the discussion of WINE, which leads me to question why? As in why would that even be a thing when presenting Linux gaming?
Where most of the “newer titles” are usually cross platform. Aside from a few Early Access games that do release on Windows first. Giving anyone outside of the Linux gaming community the idea that you have to use WINE for games to work. NO!!

Gaming on Linux video – With WENDELL from Level1Techs

The discussion of DXVK is a nice touch. In general this is a plus for Linux gaming via WINE. Which is still not native gaming, hence those standalone games that we play on Steam and via GOG. But this does introduce a few pluses and even Linus highlights the better performance. This and the discussion of Lutris is a plus to see but not for native games. Just an essential utility in Linux for sure.

Also, the discussion around AMD graphics is a high-five solute to open source. So props to Wendell there, seeing this is a big plus.
Using the Ukuu kernel update app, installing the newer version of Mesa. But having to update the kernel just to get all of this all running is necessary. Yet that in and of itself will scare off a few potential Windows gamers. Those on the fence about making the leap to Linux.

I know this is also bleeding edge by Linux standards. Somewhat essential to “make it work”. While productive, it’s a bit of an overkill. Seeing later in the video there is an NVIDIA card install, KVM use and then Looking Glass.
On the virtual machine side, I agree with that tech. But this is better off in a different video. Despite highlighting the performance advantage of Looking Glass.

Honestly, there are so many variables and things missed. I honestly wish that Wendell and Linus would have issued at least a Reddit post to get Linux gaming feedback. Both are respectable and have a solid following, but neither are gaming channels.