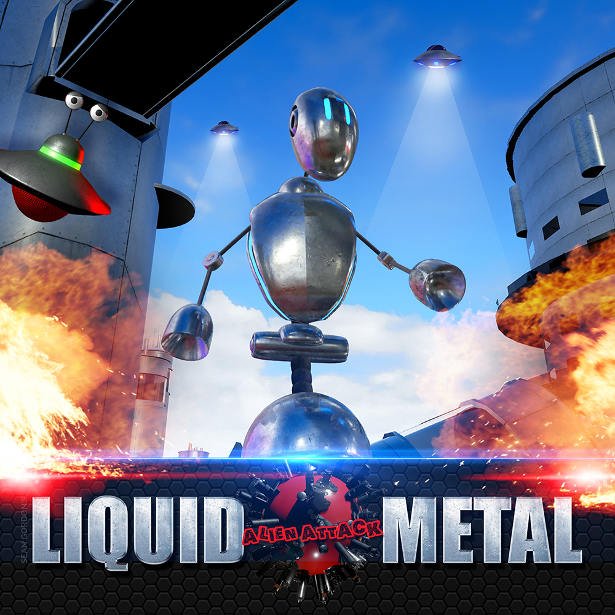 Liquid Metal is a #3D #adventure platformer for Linux, Mac and Windows PC that just launched on Kickstarter. Since #gameplay is set in Xenobia, an all-robot utopia that just got invaded by…humans! Players take on the roll of Doug to rescue his girlfriend. So of course you have to save the world before it’s too late.

Since its inception, Xenobia has been a world of peaceful precision. But that all changed with the arrival of the humans. Hence a race of crude, crass, meaty invaders. While some seem to think of Xenobia’s inhabitants as little more than darling collectables. Now on the brink of destruction, Xenobia’s future looks bleak.
Consequently all is not lost. Hence the unassuming robot named Doug and a few stragglers have managed to escape capture. Since Dr. Podd has a plan, if Doug can find him in time.

Think “Jak and Daxter” meets “Super Mario 64” with a twist. This “Announcement Teaser Trailer” is the first glimpse of the concept, team, and overall game. More extensive game play videos will be released with the demo so stay tuned!

Initially, the early-access alpha demo will only be available to the public for one day: January 17th 2017. So a special thank you for all Kickstarter backers (regardless of level). Save State Games will also be issuing reminders via their newsletter which people can sign up for here.