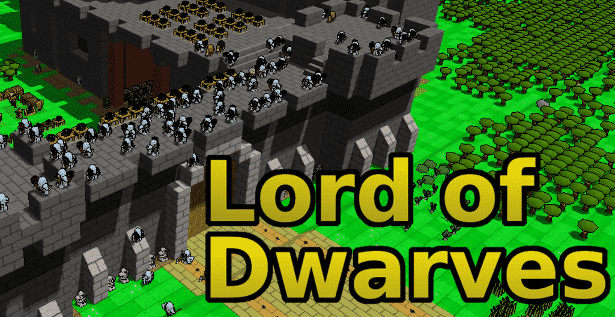 Lord of Dwarves the survival kingdom build launches in Linux and Windows games. Thanks to developer Stellar Sage Games after more than 5 years. The games finally available on Steam. Finally leaving Early Access.


Lord of Dwarves focuses on huge 3D building. Technically survival kingdom building game. Where players also lead dwarves to defend those buildings.
Guide your kingdom to ensure your dwarves survive. While you build and thrive. You’ll also need to gather the basics. So make sure you have enough food sources. Then craft weapons and armour, build structures. Defending your creations against monster raids. This also includes sieging.

Lord of Dwarves contains all the features Stellar Sage Games wants. While taking over 5 years ago of development. Including a full campaign and sandbox mode. Releasing in early access to improve the game via player feedback.

So besides all the usual survival tactics of Lord of Dwarves. You have to watch as monsters interact and attack your structures. Then repeat and improve your design to fend off the next attack. Or play in a sandbox style mode where you choose the rules. Since there are no monsters. But you have a ton of resources. Some crazy terrain with a lot more options.

Lord of Dwarves is being developed by Stellar Sage Games. That Nick Matyas. Who, when not spending his free time developing. Nick has a full time job working on military combat sim software. Programming games as a hobby for over 20 years. Nick is building the game using only freely available open source software.

Lord of Dwarves launches on Steam for Linux and Windows. Priced at $19.99 USD.