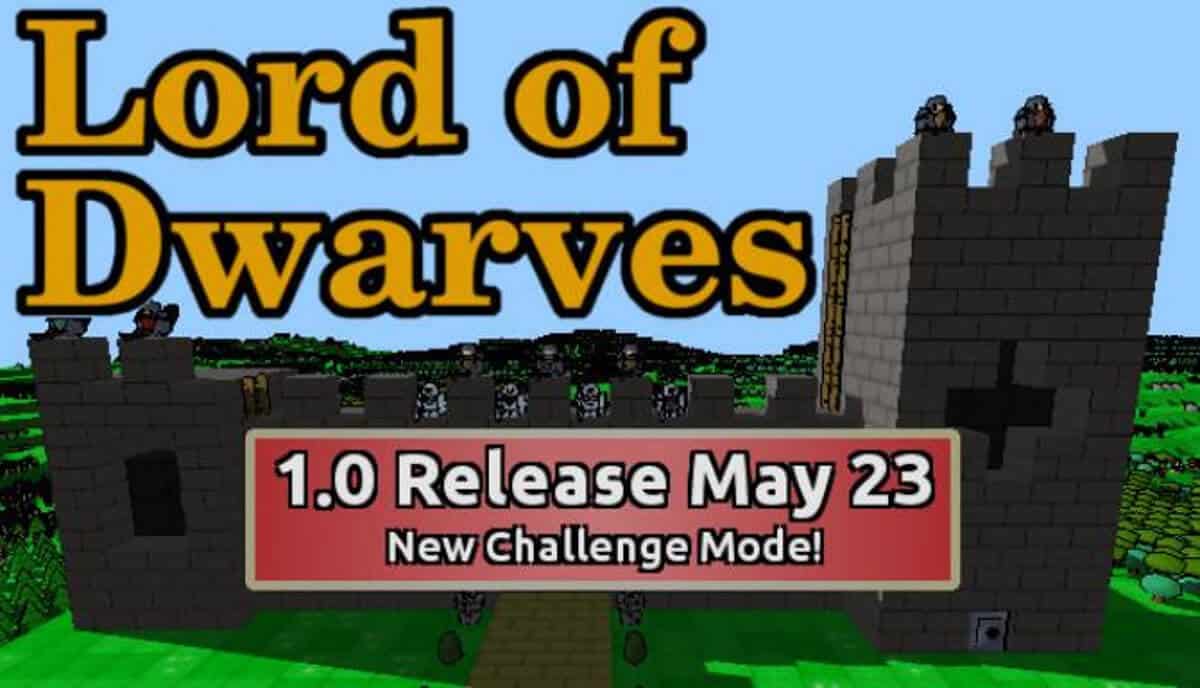 Lord of Dwarves game fully releases with new challenge mode on Linux and Windows PC. Thanks to developer Stellar Sage Games. Available now with in verson 1.0 on Steam.

After over a year in early access. The 3D buildable destructible, crafting, combat simulator Lord of Dwarves has released its full 1.0 version. And it also comes with a free new game mode – Challenge Mode.

Lord of Dwarves is a survival kingdom building game. Which also focuses on grand scale 3D building. While defending those buildings from monster invasions. Consequently you control a kingdom of dwarves to gather resources. Of this includes crafting items and building custom structures. Then watch as monsters interact and attack those structures. Iterate and improve your design to better fend off the next attack. Or simply play in a sandbox style mode where you choose the rules. So no monsters, abundant resources, mountainous terrain, and many more options exist.

The game includes three diverse modes that really vary how Lord of Dwarves is played. The full Campaign takes you through a series of adventures and objectives. While teaching you the basics of the game. The extensive Sandbox lets you customize the game to vastly different play styles. Finally the brand new Challenge mode gives you objectives to complete. Focusing on specific aspects of the game.

Challenges are independent scenarios, so their objectives are different. Lord of Dwarves challenges usually highlight a small set of game mechanics. While allowing the player to focus on those mechanics. Often challenges have a specific starting state or special game rules. Since this allows the player to focus on the challenge. Rather than getting bogged down with unrelated tasks. There are 21 challenges in all ranging from combat and construction. Including trap making and even raising a bunny farm.