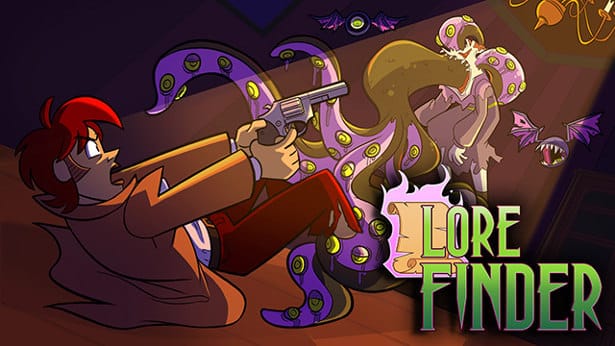 Lore Finder almost doubles its fundraising goals after just 30 days on Kickstarter for Linux, Mac and Windows. While indie game developer Kitsune Games is eager to announce their upcoming cosmic horror game in December 2019 via Steam.

Lore Finder has reached reaches two of their stretch goals. While coming in with 1,088 backers pledging $19,774 USD to help bring the project to life. Also guaranteeing a simultaneous release on Linux, Mac and Windows. Plus the ability to play as an entirely different character with unique abilities and an all-new story.
While this is all well and good. I do hope Kitsune Games will add the three extra optional bosses and boss rush mode. Even the Kickstarter campaign never reached those goals.

Lore Finder is a 2D metroidvania and also a modern reimagining of the cosmic horror genre. Play as K.C. Morgan, a non-binary paranormal investigator. And then search through a terrifying New England mansion for your missing father. All while battling the forces of corruption infesting the mansion. Arming yourself with only your wits and an old .38 revolver. Then gathering scrolls of forbidden lore, but you also have to beware. The more you discover, the more warped and twisted the world and you becomes.

A free demo of Lore Finder is available now for the Windows PC (Chrome/Firefox/Safari web browers)
Also, take note, the Speedrun Contest is still under way until Sunday, December 23rd. If you are willing to brave the challenge. But be sure to adhere to the rules.

While we do have support confirmation, make sure to Wishlist Lore Finder now the Steam Page. Show that Tux Love.