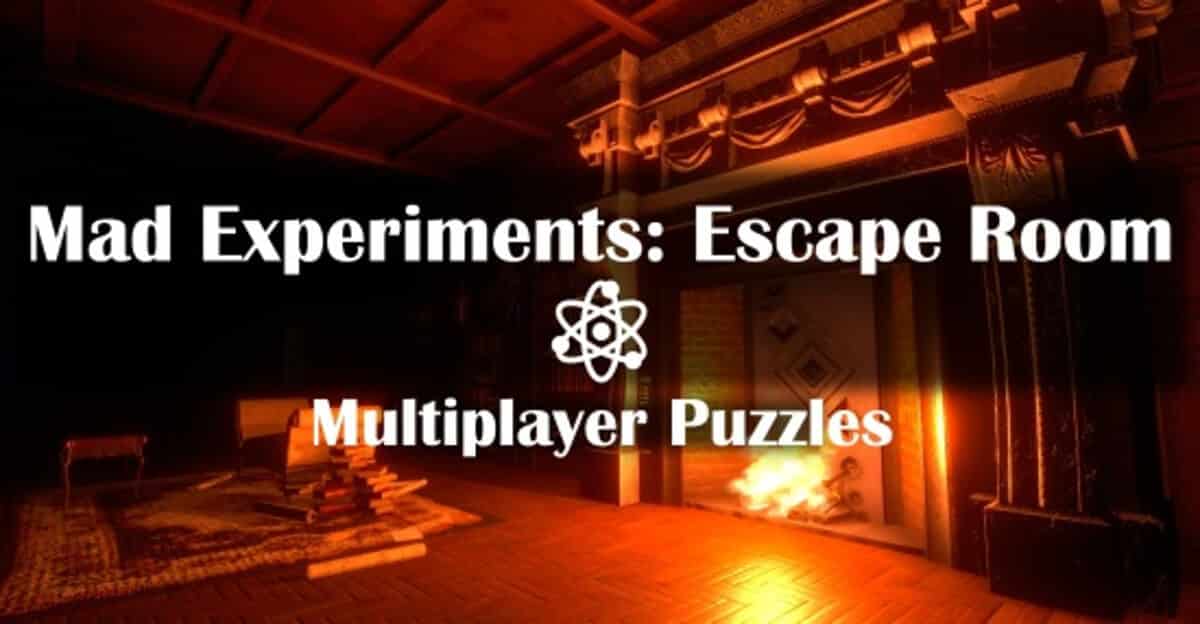 
Play Together Studio and its founder Clement Marthe are eager to announce Mad Experiments: Escape Room. Since the game has an official entry on Steam Early Access. Which is playable online co-op game. Which also happen to make for a more unique experience.

Mad Experiments: Escape Room is an immersive and intense escape room. Since you can team with up to 6 players or solo. And as a result, you will have to collect clues, the solve mind blowing puzzles. All to unlock the secrets of this strange place within the next hour.

Invited by Professor Cheshire to his mysterious mansion. Players are also trapped in a room as subjects to mental tests. Doing so in groups or alone, players have 60 minutes to explore. Then find a way to escape from this strange place. With its somewhat harsh setting of the game.

Early Access also aims to offer a new and unique online cooperation experience. Starting now, this certainly puts the game in the hands of players. So they can experience the first chapter. Which is completely finished and ready to test player limits. Consequently, You can take part in the Early Access of Mad Experiments: Escape Room. While allowing players to contribute to the development of future rooms and additional features. Players can create their own session with friends, or play solo. Even form a team through PlayTogether Discord server.

Even more, the release of a second room is already slated for June. Likewise, you will have to learn more about the mind bending story. Both of Professor Cheshire and Hildegarde. As you try to escape the madness of this bizarre scientist.