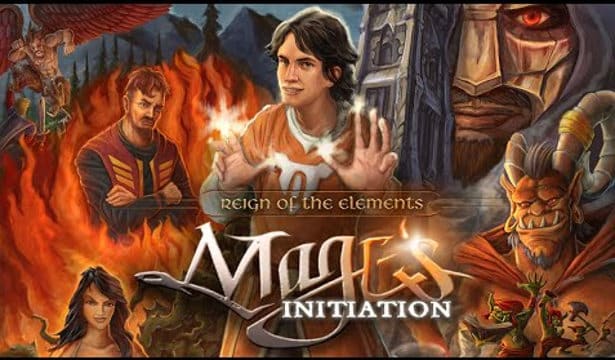 Mages Initiation: Reign of the Elements action RPG coming to Linux, Mac and Windows on January 30th. Thanks to Himalaya Studios is working tirelessly to make sure we have a native port at launch via Steam.

Gameplay follows sixteen-year-old D’arc after spending most of his life in the Mage’s Tower. Since he is studying elemental magic under the instruction of Ele’Wold’s most accomplished scholars. Now his skills will be put to the test. While he follows three quests across a mystical land he knows, but only from stories and dreams.

D’arc also finds that something’s rotten in Ele’Wold. The realm’s once benevolent winged guardians have turned hostile and restless. And the redcap goblins are on the warpath. Can D’arc pass his initiation? And also rescue a kingdom on the brink of chaos?

Mages Initiation: Reign of the Elements is an adventure RPG hybrid. Taking inspiration from the venerable Quest for Glory (a.k.a. Hero’s Quest) and King’s Quest series by Sierra On-Line.

While this is the second commercial adventure game from Himalaya Studios. Who are also releasing four free remakes of classic Sierra games. Doing so under the moniker Anonymous Game Developers Interactive (AGDI).

So, if you want to be a Mage? Mark your calendar for the January 30th. Mages Initiation: Reign of the Elements releases the lovingly crafted old-school adventure RPG. A game that that has also been in the making for ten years.

Mages Initiation: Reign of the Elements is getting ready for Steam. Priced at $14.99 USD on Linux, Mac and Windows.