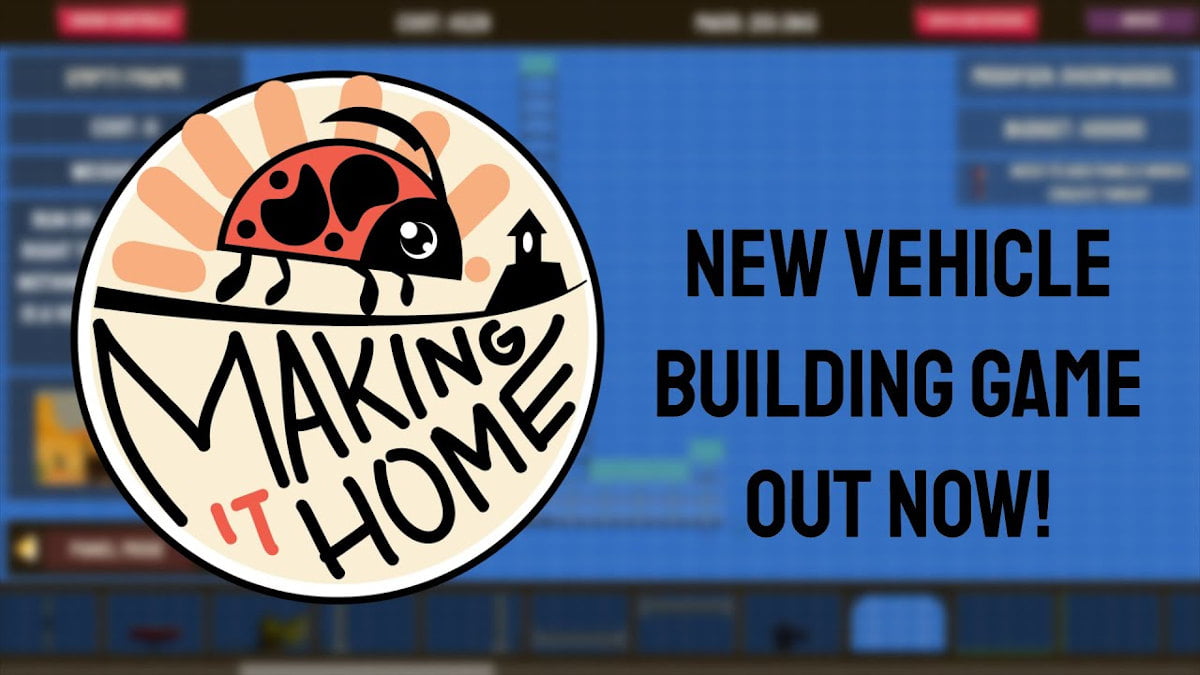 Making it Home vehicle building title expands gameplay for both Linux and Windows PC. Thanks to developer Pill Bug Interactive. Which is still available in Steam Early Access and via Itch.io. With positives reviews on both.

Making it Home is a vehicle building game where your vehicle is the level. So you have to design, drive, automate and defend your vehicle. All while you try to get home in time for your daughter’s birthday. The game has been in early access on steam and itchio since August 2020. Now the latest big update has added Steam workshop integration. So you can share your vehicles with the community. Offering up new challenges to test your design skills.

Making it Home is being developed by Pill Bug Interactive. Who are a two person studio based in Wales UK. Pill Bug Interactive has released two games previously. The most notably Cycle 28 which was nominated for a Welsh BAFTA. Which also has support for Linux, Mac and Windows PC.

In Making it Home, you’re a ladybug building a marvellous contraption. So you can travel from one side of America to the other. Bounce around your vehicle, hoisting sails, squeezing bellows, and spinning propellers.

Design and engineer your vehicle. What you build, and where, matters. Discover new components and your favourite combinations along the way. Making it Home has players bounce around a vehicle of your design. Will you collect every coin? Will your catapult get you to the bellows? Or will you master the propeller?
Pick your route across the USA, getting to know quirky animal friends (and foes) along the way. Explore the interactive story written by David Towsey (The Walkin’ Trilogy, Widow’s Welcome). While the original sound track by Jordan Rees (Composer of trailer music for The Mummy [Universal Pictures], Mother [Paramount Pictures], The Defenders [Marvel Studios]) keeps you in the mood for a road trip.

Making it Home vehicle building expands gameplay further. Which is still in development on both Steam Early Access and Itch.io. Priced at $14.99 USD.