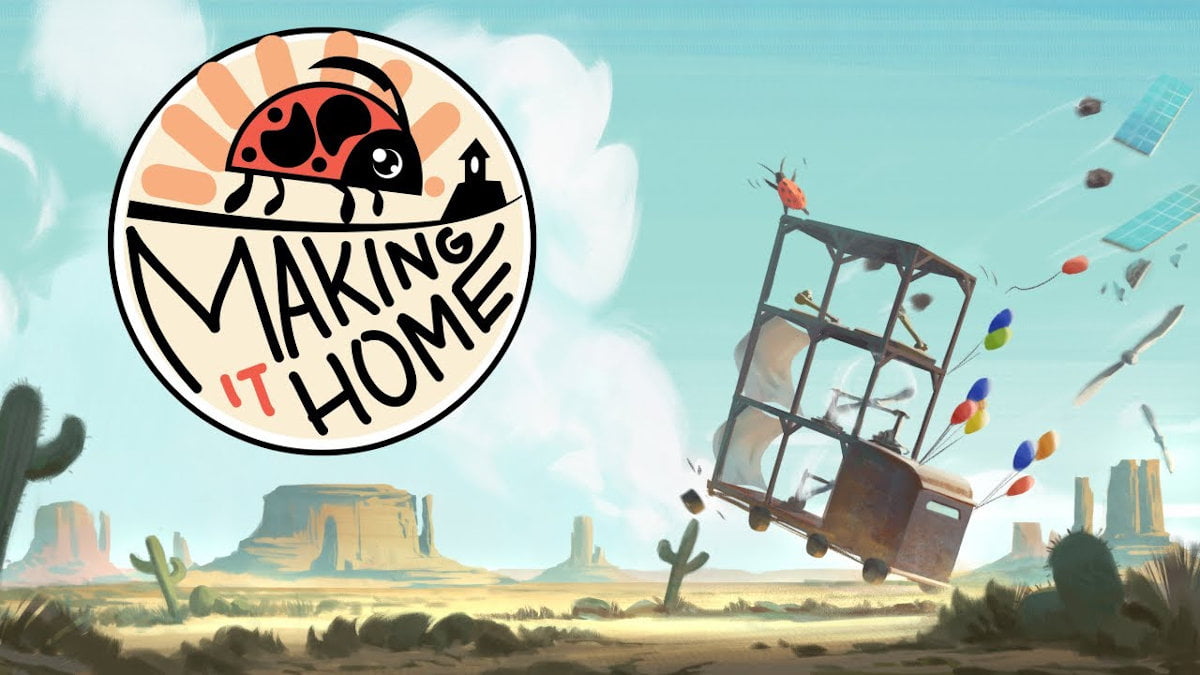 Making it Home vehicle building game to release version 1.0 soon via Linux and Windows PC. Thanks to the ongoing creative efforts of UK developer Pill Bug Interactive. Available on both Steam and Itch.io (with a Steam key).

Making it Home has made it to the end of Early Access. So now, version 1.0 will be released on September 3rd, 2021. The version 1.0 patch will conclude the game’s story. While add long awaited final boss battle. Including lots of other quality of life and performance changes.

In Making it Home you’re a ladybug with family issues building a vehicle to travel across the USA. Put your engineering and creativity skills to the test. All while you combine simple elements into complex devices. Jump around your vehicle to keep it moving and defend it. While you can keep it safe from an onslaught of cherry bombs, flying drones, and carrots.

Making it Home in early access has plenty of new stories, new challenge modes, obstacles, and bosses. For those trying Making it Home for the first time, you’ll be able to put your creativity to the test. While your ladybug builds a vehicle to get from one side of America to the other. All in time for her daughter’s birthday.

As you select your route across the USA you’ll have to rethink your vehicle design. Since you will face various challenges. To help you out the game has steam workshop support and local co-op. On your journey, you will be introduced to members of your family. Doing so through an interactive story with plenty of secrets to uncover.

For over three years Pill Bug Interactive have been developing Making it Home. With Early Access development going on for just over a year. This is also the biggest project Pill Bug (the two person team) have ever taken on. From gameplay to art, to music and story. This has been a huge challenge Pill Bug have we’ve managed to put together for this game. Along with help from composer Jordan Rees and artists Hannah, Ace Volkov, and Goodname Digital Art Studio.

Making it Home vehicle building is available for both Linux and Windows PC. Priced at $14.99 USD on Steam and Itch.io (with a Steam key).