Man of the Stars on Kickstarter confirms support 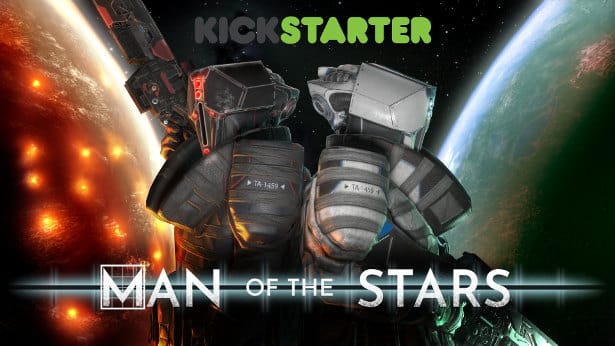 Man of the Stars developer Oblatif games confirms support for Linux for their Kickstarter beside Windows. This is a small french indie studio starting their crowdfunding campaign for their first game.

Man of the Stars is a survival sandbox MMOFPS taking place in a science fiction setting. Where players experience a procedurally created world, exploring and gather resources. So they can craft objects, food, weapons, machinery and construction building.

The game also features a customizable construction system. Since this allows the player and friends to build bases to defend against other players attacks. This gameplay offers a wide range of PvP challenges for an FPS.

Construction and machine will allow the player to develop manufacturing infrastructures. Doing so with a whole array of assets, equipment and components that will be tradable. Thus putting the player in an economic universe with the other players.

So this is some solid news. Which will release on Steam sometime in June 2019 for Windows. And being that Unity 3D is being used, this should also make porting to Linux easier. Despite the scope for the gameplay outlined, I’m eager to see the final release. An MMO FPS survival game with the features outlined below, bring it on.

“We use Unity engine. Yes we have the intention to make a Linux port.

The linux port will debut 2-3 months after the realease.”

The Man of the Stars worlds will also have procedurally placed dungeons full of dangerous monsters. Which players will have to defeat with their military forces, in order to obtain rewards and treasures. These worlds are also linked by a portal network. Allowing everyone to set foot on these worlds.

There is also a complex AI behavioural system for Man of the Stars. So you can give orders to workers to ensure infrastructure operations, and command soldiers to enforce military strength. NPC inhabitants will also benefit from this system in the relationships they entertain with the player.

Man of the Stars Kickstarter Trailer (Windows, then Linux)

A capital planet in the center of the network will offer to the players social and trading services. Such as guild offices, trading stores, so that the empires can connect through economy and diplomacy. In addition to open conflict.

Man of the Stars main Features:

With their Kickstarter campaign, Oblatif Games plan to raise 25,000 € in support to ensure production. So they can finish the development of Man of the Stars. Since they have 26 days to reach the goal of their campaign, ending on Sun, November 11 2018 8:33 AM EST.

In addition to Man of the Stars game, Kickstarter backers will get exclusive physical goods and aesthetics assets in the game. and the opportunity to participate in the game development. The game release is planned digitally on Window during Q2 2019. While Linux support will follow a couple months after.