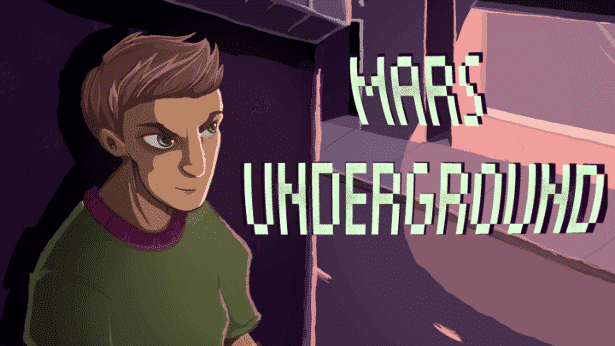 Mars Underground apocalyptic adventure game launches for Linux and Windows. Thanks to the development Moloch Media. The games now live on Steam. Including a launch week discount.

Since Mars Underground is an apocalyptic adventure game. You will also relive the same day over and over. But with each day, you can make new choices. Unwrapping the story.

It’s Mars’s first day at a new school. And since every day is his first day at a new school. Every night the world ends.
So in Mars Underground the player attempts to solve mysteries. This could be brain damaging. While you work to uncover multiple potential endings. As they explore the possibilities of this time loop.
Therefore, with each cycle new items are available. And you can also unlock further topics.​

What also interesting. Mar’s takes experimental drugs. So when you talk to a toilet, that’s why. Plus you also get hit by a car. Humiliate yourself repeatedly. For some people, this is just Tuesday. All in the name of finding out what on earth is going on.

So part of the fun is solving crazy mysteries. While you uncover different potential endings. There are various things you can be doing in this time loop. And of course each cycle offers new items . can be picked up and topics unlocked.​

Mars Underground launches the new adventure on Steam. The games available for Linux and Windows. Releasing for $8.99 USD, which includes a 10% discount. But the discount is only available until March 21st.